The Downfall of Toys R Us – Don’t Blame Amazon!

The present article is part of the Failure Stories Series. Read the previous failure stories about Nokia and Kodak.

Well, it’s not entirely true: Amazon had a hand in the downfall of Toys R Us, but it was one of many reasons the giant toy retailer fell to the ground.

Founded in April 1948 by Charles Lazarus, an American entrepreneur, Toys R Us became the most known and successful international toy retailer. At its peak, Toy R Us was considered a category killer. In 2018, seventy years later, the giant company filed for bankruptcy and closed its stores worldwide.

How could a company of international success, a Goliath of toy retail be reduced to ashes? 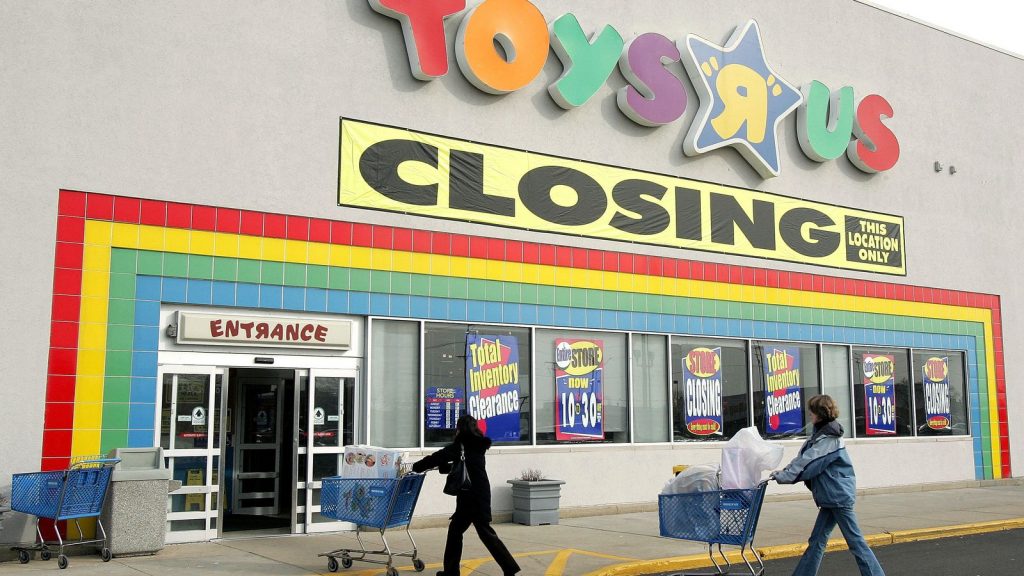 Here are 6 reasons for the downfall of Toys R Us:

1. Failure to adapt and innovate

Amidst the rising tides of e-commerce, the business world going global and games converting to online, Toys R Us failed to adjust and adapt.

When times were changing fast, the big company stayed pretty much the same. When big is synonymous to slow or little to no change, being big is a disadvantage in the business environment.

Toys R Us failed to keep up with the changes the business world was going through.

The company also lost its momentum because it didn’t stay ahead of the technology, unlike its competitors which were embracing technology and innovation to adapt to the changing preferences and buying habits of the new generations.

The bottom line: the stores made no sustainable efforts to present themselves in a more engaging and attractive way.

When Toys R Us lost the competition in technology and innovation, it began competing on price alone. Shooting for the lowest price is never the best solution in the long run because there will always be a cheaper alternative.

Toys R Us was no competition for giant e-commerce retailers like Amazon, Walmart and Target.

In 2000, Toys R Us entered a 10-year partnership with Amazon to be Amazon’s exclusive seller of toys. The partnership stipulated that Toys R Us pays Amazon $50 million a year plus a percentage of sales.

Toys R Us ultimately sued Amazon and won, allowing the chain to terminate the deal. But the money won in court could not make up for the years it had lost in developing its own online presence and e-commerce strategy.

When Toys R Us finally had an e-commerce site, it was too late to make any difference and it was ridden with technical errors which frustrated customers.

4. Failure to embrace community in the age of e-commerce and social media

E-commerce has risen on the shoulders of social media and community. Building a community and attracting brand love, loyalty and trust is at the core of successful brands. By connecting with their customers’ story and supporting them to achieve their goals, brands are driving long-term revenues.

Barbie is one such brand. With their latest campaign #CloseTheDreamGap and leveraging the power of YouTube, Barbie is looking to empower and inspire girls (and not only girls: her vlogs strike a chord with grown-up women and men). And it’s doing a great job so far.

Opened in 2001, the international flagship store in New York Times Square was the main attraction for kids of all ages. The store included various themed zones such as an amusement arcade, Barbie (with a life-size dreamhouse), electronics, Jurassic Park (with an animatronic T-Rex), Lego, Wonka, and the signature indoor Ferris wheel. It was the ultimate toy retail experience which drew thousands of tourists for over a decade. The store closed in 2015.

In an attempt to limit expenses, the Toys R Us management cut costs. Only they cut them in the wrong places such as its business, employees and retail stores. The company let go of its knowledgeable staff, the remaining employees were struggling with expanding workloads. With no maintenance or cleaning services, Toys R Us stores choked in their own dust and succumbed to inventory surplus.

Retail happens at the store level. Toys R Us was giving their customers reasons to avoid shopping in their stores when they should have done exactly the opposite.

Toys R Us management was suffering from management myopia. They were still believing Toys R Us was the centre of the toy industry and nothing bad could happen to the company. It’s the same mindset that contributed to the downfall of other giants like Nokia and Kodak.

Management myopia sets in when employees hide the facts and figures from the upper management in an attempt to protect themselves from being laid off. Trust goes both ways and when it is lost, it has the power to shut businesses down.

In the case of Toys R Us, store employees manipulated customer surveys which served as an important performance metric to the retailer’s home office.

When employees begin lying, it’s a sign things are not going in the right direction.

Retailers today, especially in any kind of fashion or trend segment, have to progress. They have to morph, they have to modify. They have to represent the changes in the marketplace and their customers’ behaviour. Toys R Us has never been able to wrap their arms around the changes necessary, and this is the inevitable outcome.”