How has the rise of technology changed the advertising?

As anything that had touched or been in contact with, the rise of the technology changed or at least had a great impact on. From the launch of the e-mail, the boom of the Internet and social media, to the new channels that arrived and are changing everyday, technology plays an enormous role in our business lives. A role that deserves to be acknowledged and appreciated.

Looking to use technology disruption to your advantage? Join our masterclass!

Some of the most important ways in which technology has changed and impacted the advertising scene are:

If  10-20 years ago it was all about the TV, with the internet and the rise of platforms like YouTube, Facebook, SnapChat , video advertising has become increasingly widespread and its content’s importance grew along with it.  As people become accustomed to watching videos, static images such as traditional billboards can seem dull by comparison. People are also getting savvier and savvier and how what to expect and ask from the advertising they receive. Therefore, they are not waiting anymore, they are reacting, creating their own media and interacting with the existing one in new, innovative ways.

It is not even about blogging anymore, but about video blogging and video bloggers taking control of the social media and its endless opportunities offered. The speed with which the new, extremely performant smartphones, tablets, notebooks are launched helps the content and video creators be even better, faster and smarter in their communication. The advertising campaigns are involving them more and more and making them part of the whole 360 communication, even stars for some of their campaigns targeting a younger audience. Therefore, instead of being only a one dimensional flow of communication, the latest campaigns are showing all kinds of new smart and innovative approaches.

“For a time, the digital age meant that free advertising was everywhere. Social media channels, pioneered by Facebook, have brought back the idea of paying to play. In other words, you have to dedicate a small budget to reaching people via social media.(…) The digital age has heralded an era where everyone can join the advertising dogfight. Yes, those with huge budgets still have an advantage, but it’s no longer the decisive advantage of before. Even the smallest companies have good reason to play,” wrote AJ Agrawal for Forbes.com.

3. The rise of some is the demise of others 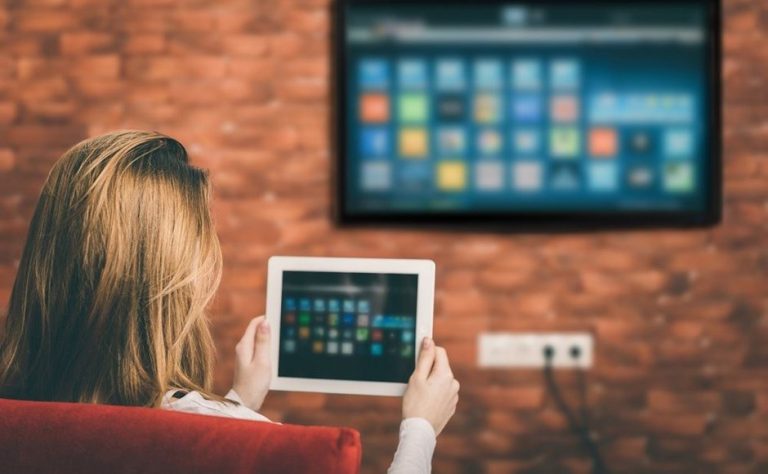 Along with the rise of digital and mobile, channels such as print media and radio are decreasing in their audience and reach, being forced to thing outside-the-box and find new ways to keep them from disappearing. Even TV is not the king anymore in some parts of the world, where the digital investments are conquering the top spot.

Nowadays, every client and consumer wants and demands to be touched by the advertising campaign, to feel like the messages are personalized for him / her, that they are addressing him/ her and him/ her problem and desire particularly. Something that due to the new technologies and the digital growth is becoming more and more possible.

Behavioral profiling has gone viral across the internet, enabling firms to reach users with specific messages based on their location, interests, browsing history and demographic group. “Ads can now follow users from site to site: a customer who looks online for flights to Frankfurt will be inundated with German holiday offers. Conversant, a digital-marketing firm, uses an algorithm to deliver around 800,000 variations of an ad to its big clients’ prospective customers to make it as irresistible as possible. Kraft, a food company, monitors online opinions on its brands in an office which it calls <<the looking glass>>,” wrote Business Insider.

Moreover, in the classic advertising model, firms used to place ads with media that brought together the audiences they were after. They would go for business executives in the Wall Street Journal, for example, or youngsters on MTV. But now advertisers no longer have to rely on media as proxies for consumers, because they have more tools and data to target precisely the people they want to reach.

5. Programmatic is the new KING 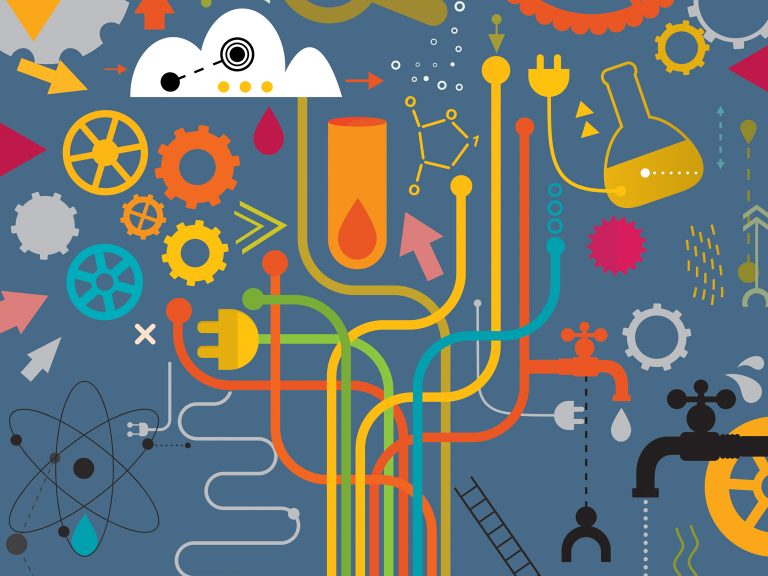 Programmatic buying represents a new system for targeting consumers precisely and swiftly with online adverts or DOOH. Publishers, advertisers and intermediaries can now bid for digital ads electronically and direct them to specific consumers as fast as they want to. Programmatic media buying allows the “owner/brand” to tailor a specific message and creative to the right person, at the right time in the right context – using audience insight from the brand (the customers you want to target) around the kind of audience they want to target. This methodology should deliver far more precision and personalization of messaging and media, resulting  in more efficiently targeted campaigns, and less of the “spray and pray” methodology of digital advertising – which is less targeted and based on sheer volume (mainly of impressions).

More on the subject one can read here.

She was declared one of 12th World Changers by the New York Times Bestselling author Roy H. Williams and one of 40th most influential radio personalities under 40 by the Radio Advertising Bureau USA. Lenja Faraguna believes that “for your marketing to be supremely effective you don’t need a degree in marketing but in humanity.” This thought is the biggest lessons she’s learned in the last 12 years as an entrepreneur and coach and it is the DNA of her mission in life.

More things about her that you might not know:

1.The old marketing, the screaming one, discount throwing and narcisistic one is dead, because it yells, lies, undervalues and is loathed by most people.

2. She has a Bachelor degree in Philosophy, English and American Studies and Semiotics of Advertising at Karl-Franzens-Universität Graz, Austria. 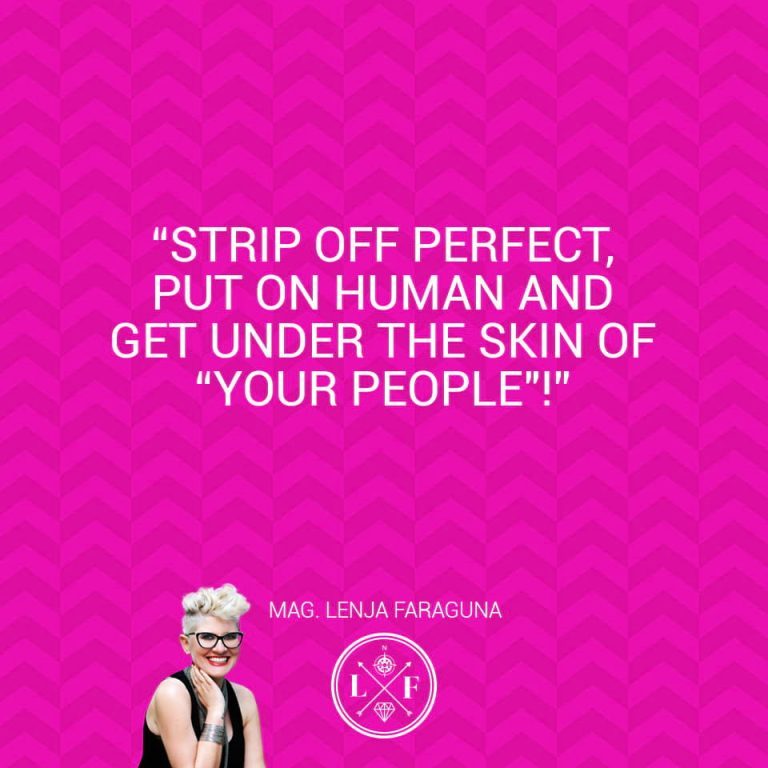 4. She believes that everybody is unique in the world and she supports that. “There is no one like you. There was a 1: 400 trillion chance for you to be born. Even if someone has the same product/service, all the other components that make up a (PERSONAL) BRAND are unique to you! ONLY YOU! Yet most of the time, you do not show this uniqueness through your marketing = your communication with the outside world,” she write on http://ilovemarcareting.com/.

5. Success starts with yourself. Say YES to yourself and customers out there who are waiting for you to make their lives better. You will re-brand your MINDSET, re-brand your (personal) brand and finally give you tools to do marketing the modern way as marCAREting – so you can achieve a game changing success.

6. She believes marcareting works only when you CARE. About yourself and the others. 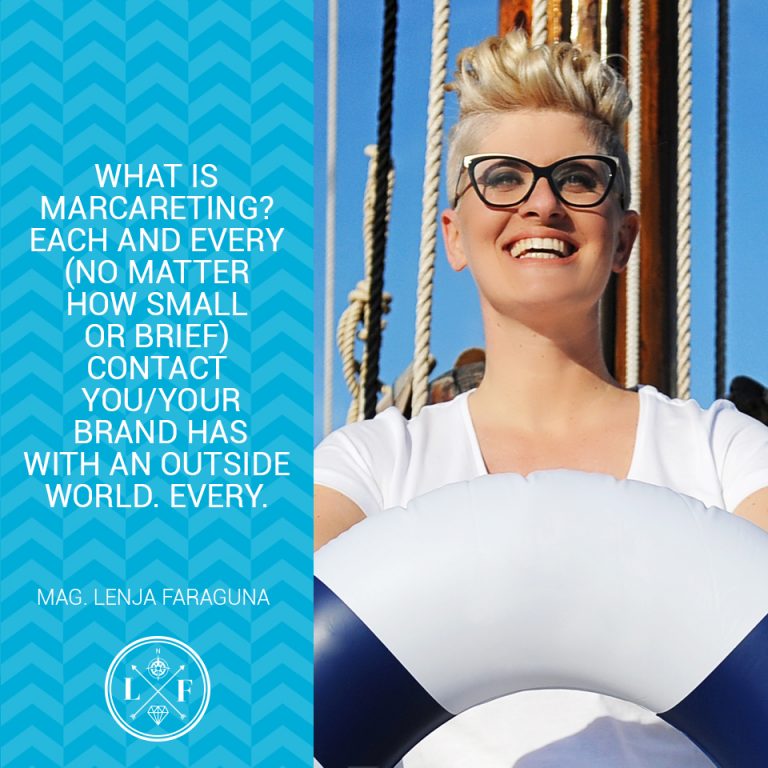 7. She is “nakedly” honest. “I’m real, raw, honest and I will call you up on your bull**it, spin your mindset and you will have to put in the work and go into action. Why? Because I believe that “ACTIONS are the endangered species in the world, not IDEAS”.

8. She doesn’t hide anymore. She admits her failures and learned from them. She had a major personal and business collapse in 2012 and when it couldn’t go lower it went up. She has risen like a phoenix, from her own ashes. She went from “bribing” her friends and dad to come to her seminars in 2011 for free, … to speaking to thousands all over Slovenia and Europe, at TEDx and on May 22nd 2017 with Gary Vaynerchuk, Robert Murray, Dr Kjell A. Nordström and Dr Jonas Ridderstråle (Funky Business), Julian Treasure (multi TED talk speaker) at Brands Minds Summit in Bucharest in front of 900 people!

9. She has worked with 134 start-ups as a mentor. She co-founded Club 466 International, where she sharpens the business diamonds of women leaders.

10. She loves the weather before the storm and Madness’ song “How can I tell you” and Xavier Naidoo song “Bitter hör nicht aud zu Träumen”, because they sum up my values about life and communication.