BRAND MINDS 2020 – The Growth Weekend is thrilled to announce Simon Sinek, Optimist and Bestselling Author has joined our event.

Described as “a visionary thinker with a rare intellect,” Simon is an unshakable optimist who believes in a bright future and our ability to build it together. 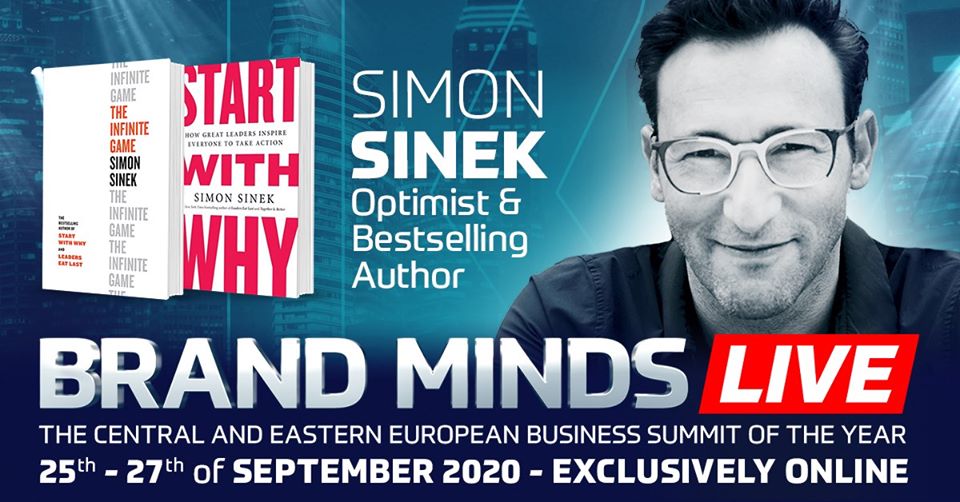 Leaders are the ones who have the courage to go first, to put themselves at personal risk to open a path for others to follow.

Eleven years later, his presentation has over 50 million views and is the 3rd most-viewed TED Talk of all time.

In it, Simon describes his simple but powerful model for inspirational leadership, the golden circle and the power of WHY.

Another content that has had a long-lasting impact on the public is Simon’s 2016 interview on Millennials in the workplace. The video garnered over 80 million views in the first week and led to Simon being YouTube’s fifth most searched term in 2017.

Popularized the leadership concept of WHY

Simon defines the concept of Why as the purpose, cause or belief that drives every one of us, leaders and employees alike. His 2009 TED Talk started a movement to help people become more inspired at work, and in turn inspire their colleagues and customers.

Since then, millions have been touched by the power of WHY and Simon’s other leadership concepts: the golden circle, the circle of safety and having an infinite mindset to play the infinite game of business.

His ideas on business and personal growth, sustainable leadership and having an infinite mindset are shared with a growing community of over 6 million people on social media.

His leadership model is applied globally

His unconventional and innovative views on business and leadership have attracted international attention.

From the airline industry to the entertainment industry, from finance to fashion, from big business to entrepreneurs to police forces, Simon has been invited to meet with a broad array of leaders and organizations in nearly every industry.

He has also had the honour of sharing his ideas with multiple agencies of the US government and with the senior-most leaders of the United States Air Force, Marine Corps, Navy, Army and Coast Guard.

With over 1 million copies sold, Start With Why: How Great Leaders Inspire Everyone to Take Action (2009) is widely recognized as one of the best leadership books of our time.

The book shows that the leaders who’ve had the greatest influence in the world all think, act, and communicate the same way — and it’s the opposite of what everyone else does.

Every organization knows what they do (products, services etc), how they do it (processes, raw materials, distribution channels, production lines etc) but very few know why they do it. What’s their purpose, cause or belief? Why does this organization exist?

Leaders who are able to communicate clearly the purpose of their organization to its employees achieve long-term success. Leaders who inspire their employees instead of managing them report increased business results. 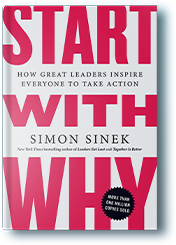 Leaders Eat Last: Why some teams pull together and others don’t (2014) is Simon’s second book on leadership.

In this book, he takes a fresh and original approach to leadership, by looking at it through the lens of cultural anthropology. The book includes real-life business case studies which come to support his observations.

The Circle of Safety

One of the innovative leadership concepts that are presented in this book is the circle of safety.

The goal of great leadership is to inspire employees to deliver their best work and support the organisation to become successful. In order to achieve their goal, leaders must implement The Circle of Safety in their organisation. 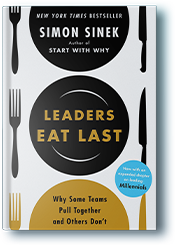 Find Your Why: A practical guide for discovering purpose for you and your team (2017) is designed to help those inspired by Simon’s message find their WHY and bring it to life in both their careers and organizations.

The book is an easy-to-follow guide that starts with discovering your personal WHY, and then expands to articulating your organization’s WHY including detailed instructions for every step of the process.

Readers also find answers to common concerns such as what to do if their WHY sounds like a competitor’s or whether or not they can have more than one WHY or what steps to take to align their work with their WHY. 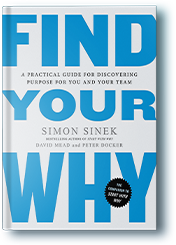 The Infinite Game is Simon’s latest book and has been in the New York Time’s Top 10 Business Bestsellers for five months since its launch in 2019. 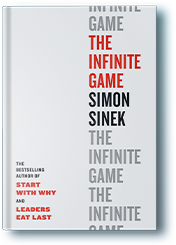 Join BRAND MINDS 2020 – The Growth Weekend on September 26th and watch Simon Sinek speak about The Infinite Game in Leadership!