The march toward change has been gruelling, but it is real. And all it has ever taken was the transformed—the people of colour confronting past and present to imagine a new future, and the handful of white people willing to release indifference and join the struggle.

Austin will join Brené Brown on September 26th for a special conversation on equity and representation. 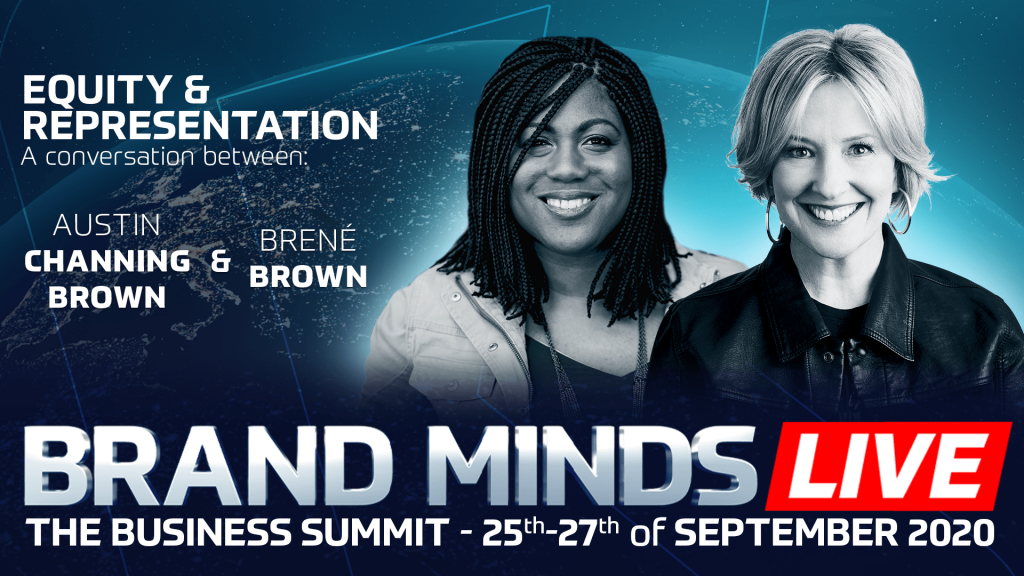 She is the author of the New York Times’ bestselling I’m Still Here: Black Dignity in a World Made for Whiteness. The book has received critical acclaim from influential publications such as Publishers Weekly and Booklist and was ranked in Amazon’s Top 20 Bestsellers list.

It has also been featured in OnBeing, The Chicago Tribune, WNYC, The Religion News Service, with Shonda Rhimes, the creator of the famous TV series Grey’s Anatomy declaring it, “[a] deeply personal celebration of blackness that simultaneously sheds new light on racial injustice and inequality while offering hope for a better future.”

“Most people say, ‘that book has legs’; I measure the impact of a book by how often I throw it across the room. Austin’s book has serious wings. It broke me open.”

By using an intentional mix of humour, pop-culture, storytelling, and audience engagement, Austin awakens people to the current realities of systemic racism and the everyday actions which allow racism to thrive.

As a media producer, Austin creates content that centres the experiences of Black women, dismantling the foundations of white supremacy.

In her web series, The Next Question, co-created with Chi-Chi Okwuand and Jenny Booth Potter, Austin examines complex topics affecting social justice while simultaneously celebrating the humanity of the show’s guests.

Join BRAND MINDS 2020 LIVE – The Business Summit and benefit from the last days of special prices!