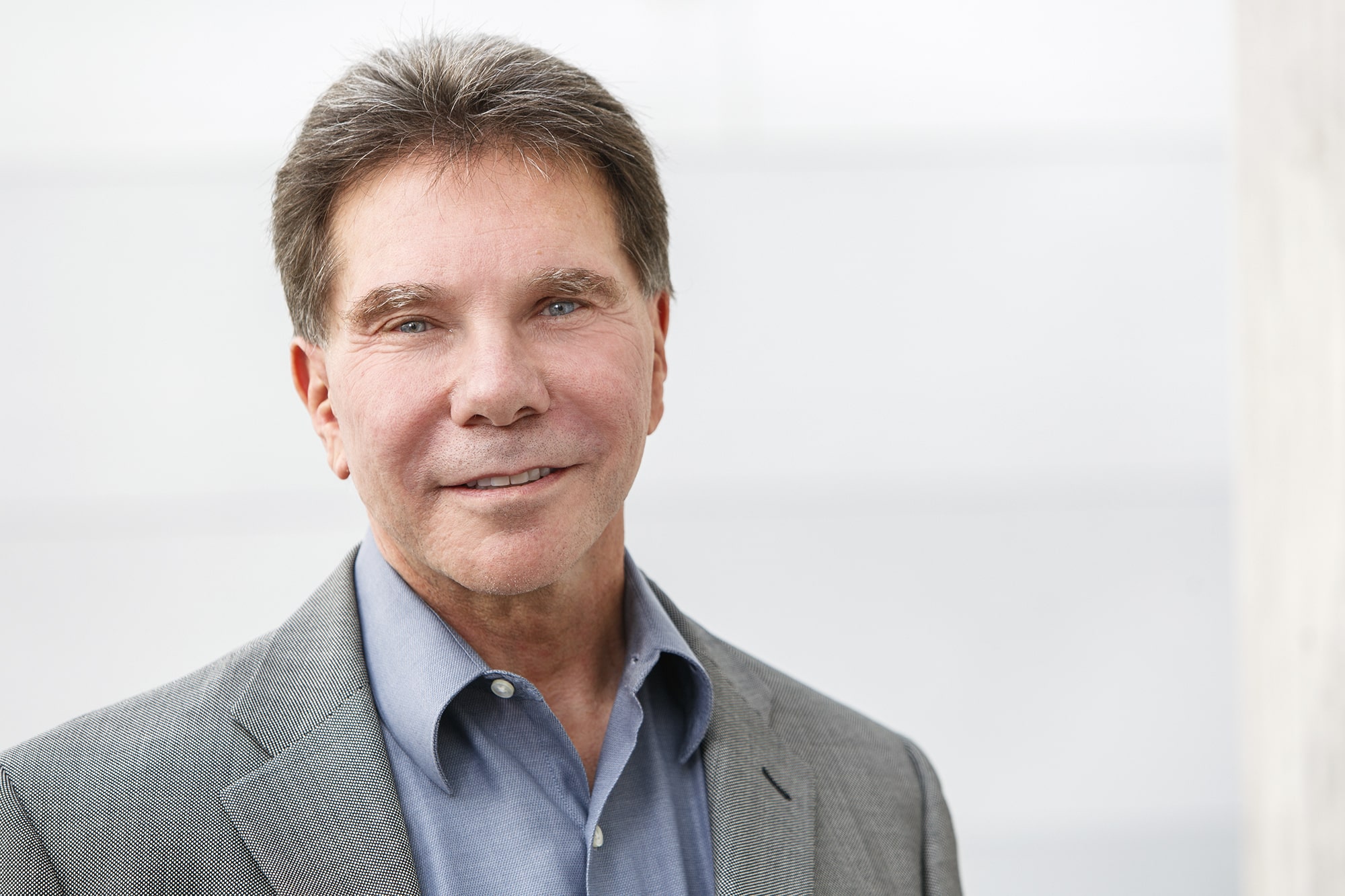 Dr Robert Cialdini is the world’s most renowned persuasion expert and he was a speaker at BRAND MINDS 2019.

He is one of the #worldchangers we look up to and admire: his work in the science of influence has led to improvements in many fields such as sales, design, online marketing, business, psychology etc. 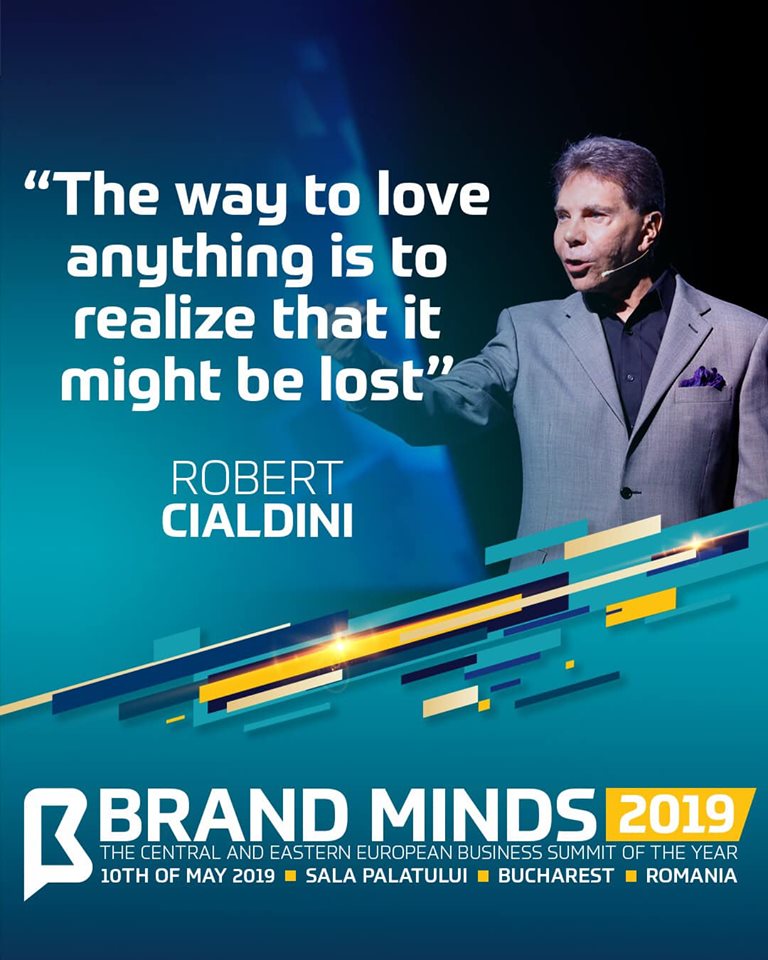 Over the course of his career, he received numerous awards for his extended work on influence:

Get in the habit of helping people out, and don’t wave it away and say, “Oh, no big deal.” We have serious persuasive power immediately after someone thanks us. 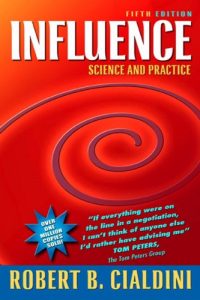 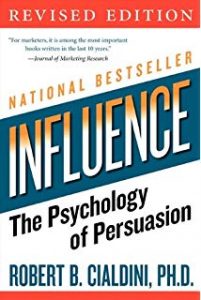 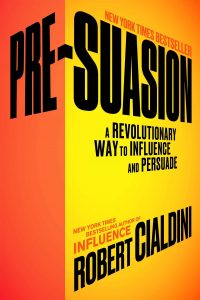 He is the author of Influence: Science & Practice and Influence: The Psychology of Persuasion, which has been sold in over 3 million copies and has been published in 30 languages. His books are listed on the New York Times’ Best Seller list, Fortune’s 75 Smartest Business Books list and USA Today’s 12 Best Business Books of All Time.

His co-authored book, Yes! 50 Scientifically Proven Ways to be Persuasive has been on the New York Times, USA Today and Wall Street Journal’s Best Seller Lists.

His latest insights on persuasion are in his 2016 book Pre-Suasion: A Revolutionary Way to Influence and Persuade.

Founder of Influence at Work (IAW)

Dr Cialdini founded Influence at Work, his professional resource to improve organisational and personal performance by understanding and using the psychology of influence. IAW offers interactive training and a certification program; it also provides its clients with strategies that drive business success.

He worked with 1st tier companies 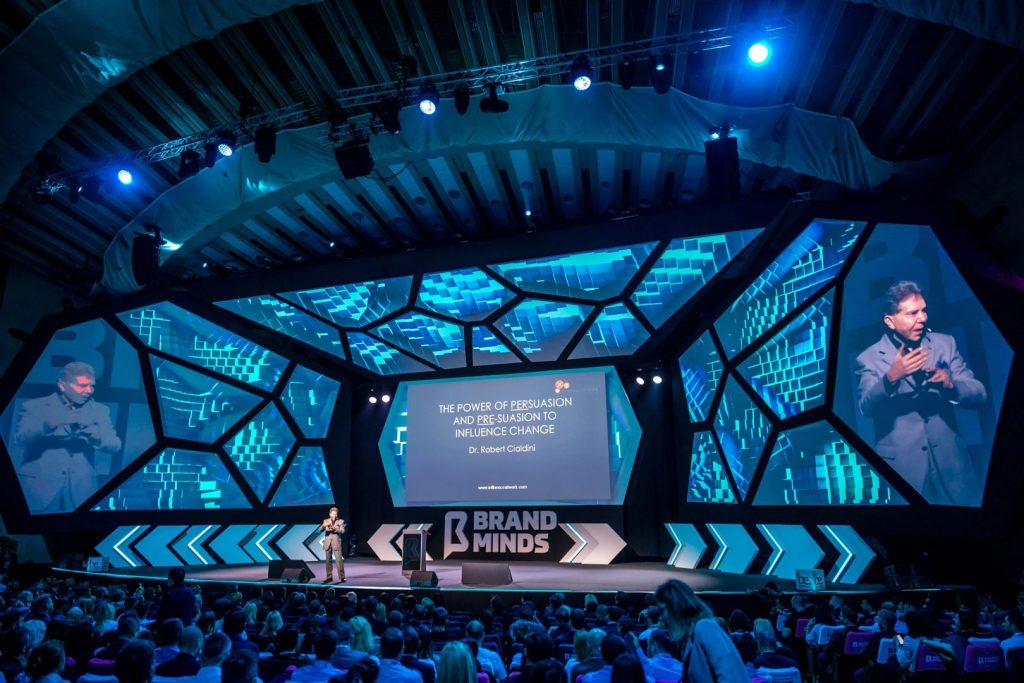 Robert Cialdini on the stage at BRAND MINDS

Also known as The Godfather of Influence, Dr Cialdini is the most cited living social psychologist in the world.

Robert Cialdini is the Benjamin Franklin of research on influence–a keen observer of human nature, great writer, minter of pithy phrases, and clever experimenter who’s able to capture lightning in a jar.

Professor, Stanford Graduate School of Business, Author of Made to Stick

Let’s take a closer look at the principles that guide human behaviour:

Looking to upgrade your persuasion strategy? 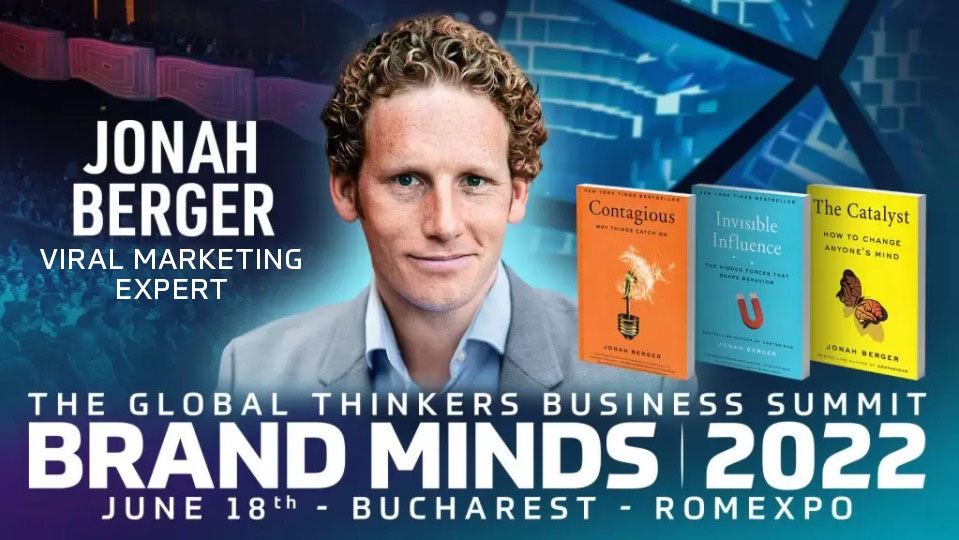