Swisspod – Building the infrastructure and the pod for hyperloop

Our advancement as a society is supported by transportation. Being able to reach the various corners of our world has been beneficial to our economy and culture, but it had a negative impact on the environment.

Transportation is a source of noise and smog, it contaminates water and soil, influences biodiversity and produces carbon monoxide emissions which have direct harmful effects.

Climate change is the cumulative impact of several natural and anthropogenic factors. Transportation is responsible for a 22% share in global CO2 emissions.

Is there a better way to go from one place to another that is faster, more affordable but sustainable and green?

Hyperloop is the 5th mode of transportation

The transportation of the future is called Hyperloop, a term coined by Elon Musk, the brilliant entrepreneur and visionary owner of SpaceX and Tesla. Elon believes the hyperloop is the 5th mode of transportation.

In 2015 he launched the Hyperloop Pod Competition where a number of student and non-student teams are participating to design and build a subscale prototype transport vehicle to demonstrate the technical feasibility of various aspects of the Hyperloop concept.

The high-speed train is not a new concept in Europe, specifically Switzerland. Switzerland has a long tradition of designing and developing vacuum tubes trains going back to the 1970s. These designs were the work of Marcel Jufer, professor at the École Polytechnique Fédérale de Lausanne. 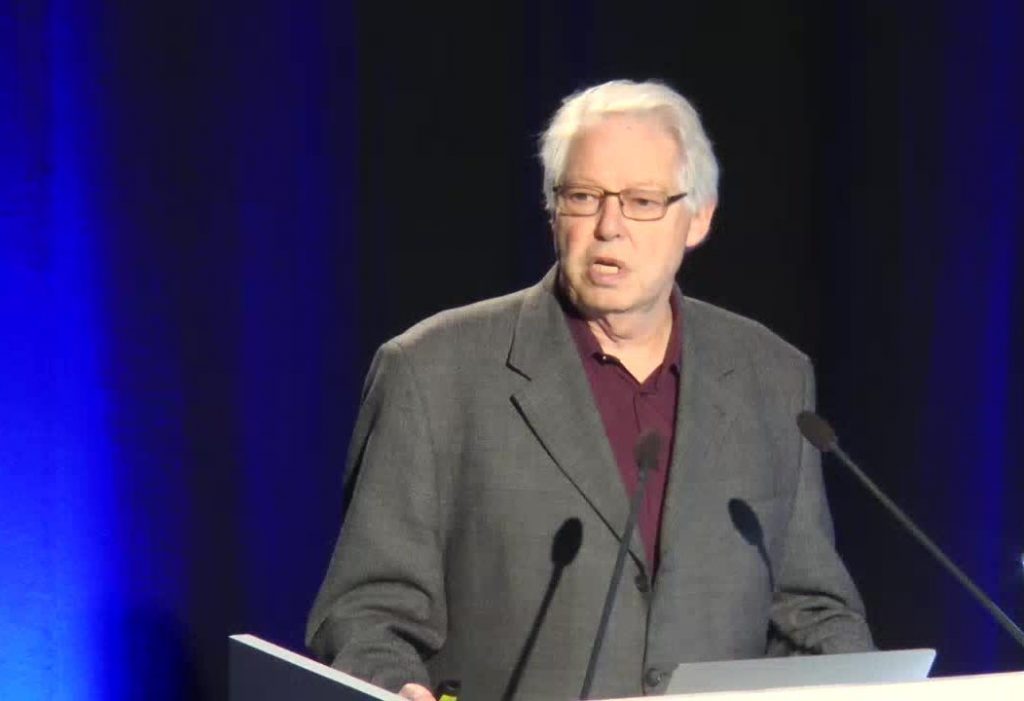 Prof Jufer envisioned Swissmetro, a futuristic Swiss national transportation project using vactrain technology. The trains would have significantly lowered the travel time between major cities in Switzerland. Unfortunately, the project failed to gain support and remained only on paper.

Marcel Jufer’s designs might have been seen as wishful thinking and lacking economic viability forty years ago, but now the technology allows them to translate into reality.

Swisspod is a Swiss company building the transportation of the future by leveraging the hyperloop concept.

Their mission is to fight for a fossil-fuel-free and zero-emissions transportation world.

To achieve the company’s goal, its team lead by co-founders Denis Tudor and Cyril Dénéréaz designed a pod that is 10x faster than an electrical car and 4x less polluting. 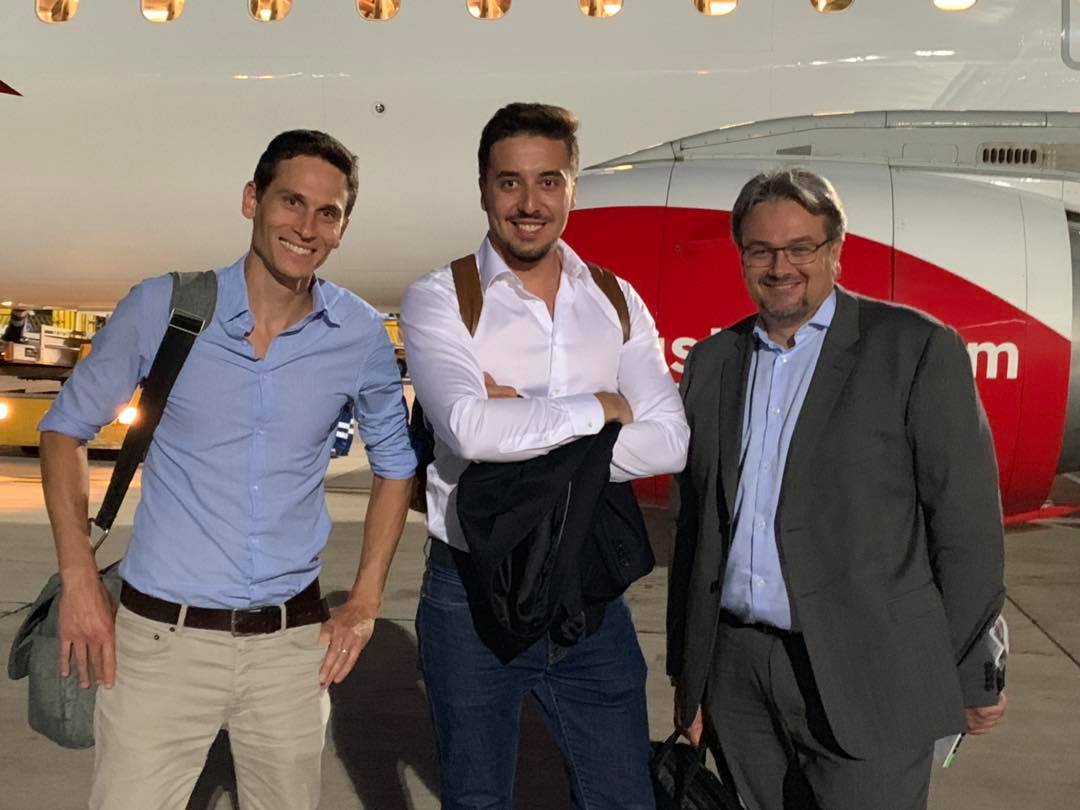 Both Denis and Cyril have experience in solving engineering problems related to the hyperloop concept.

Denis Tudor participated in every edition of the Hyperloop Pod Competition since Elon launched it in 2015 first as a member of team rLoop then he founded his own team, EPFLoop. As part of his teams, he won 1st prize four times (Innovation, Most Reliable System and twice for Best Design) and 3rd prize for Speed. He is now a PhD student in Electrical Energy of the Hyperloop System at École Polytechnique Fédérale de Lausanne.

Read my interview with Denis.

Cyril Dénéréaz is an engineer at Mechanical Metallurgy Laboratory at École Polytechnique Fédérale de Lausanne. He also participated in the Hyperloop Pod Competition as an adviser in Denis’s team and came home with 1st prize for Most Reliable System and 3rd prize for Speed.

Also, esteemed professor Marcel Jufer is a member of the advisory board.

The pod utilizes active levitation, enabling the hover engines to produce optimal lift. Furthermore, the company’s network of underground depressurized tunnels will significantly mitigate structural degradation of the capsule caused by the thermal expansion that occurs in above ground, tube infrastructure.

The capsule is situated in a relatively low-pressure atmosphere with the main cabin being pressurized. It is an energy-autonomous driverless vehicle which works on batteries in order to reduce the cost of the infrastructure and maintenance.

Swisspod is also designing the batteries, the pods and the infrastructure. The team calculated that their solution is 70% more affordable than a Muglev infrastructure.

The team expects to launch its first hyperloop pod by 2035. 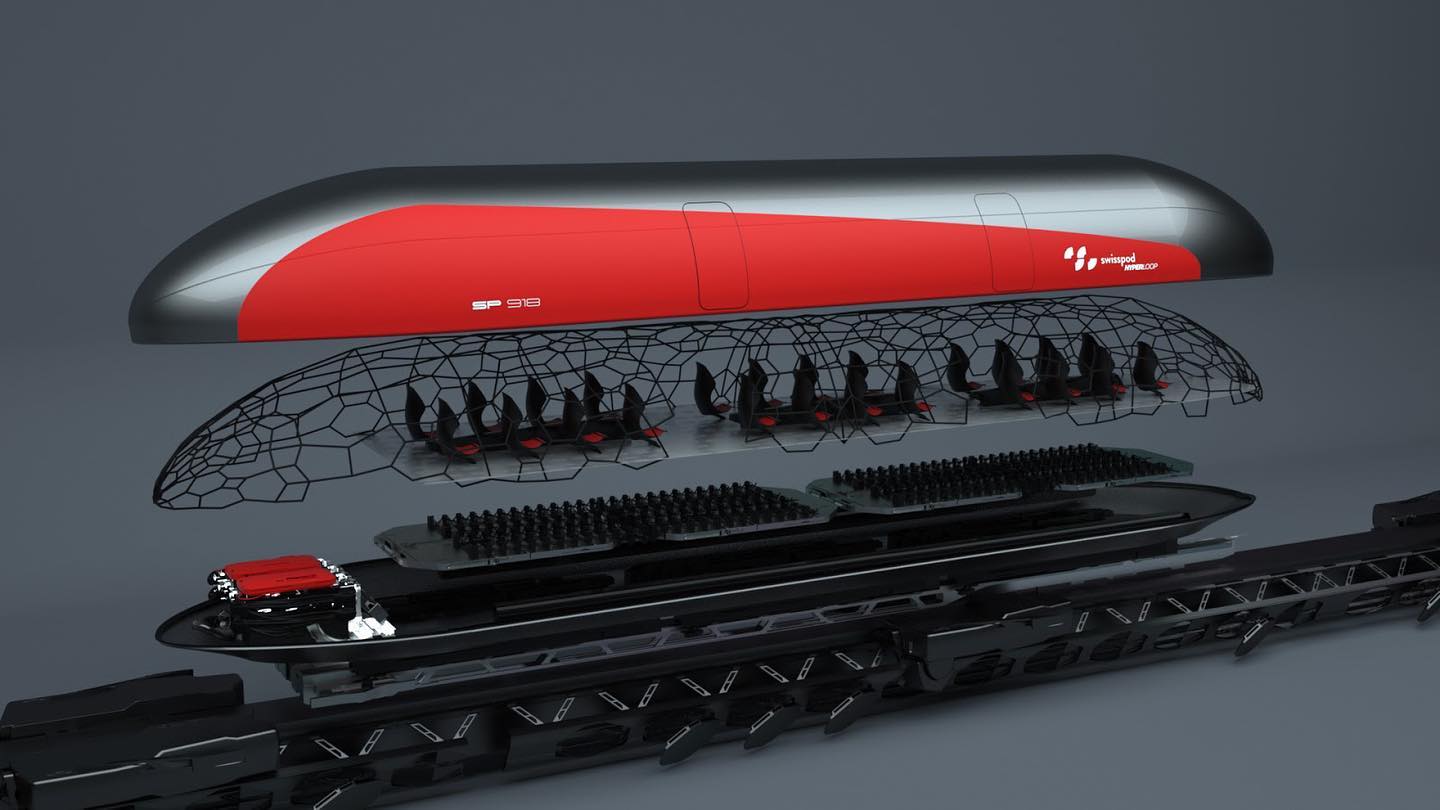 The Swisspod team is working on the following project: getting people from Geneva to Zürich in 17 minutes. Right now, it takes three hours by train. The capacity of Swisspod’s vehicle is 25-30 people and the ticket could cost up to 70 CHF.

How eco-friendly is their pod?

Building the pods could cost an estimate of $1.8 million per pod and developing the infrastructure between Geneva and Zürich could go up to $11 billion, said Swisspod CEO and co-founder Denis Tudor this year in an interview for CNNMoney Switzerland.

In the last decades, no major improvement in transportation has been made. We do believe that is the time to reconsider how we travel. 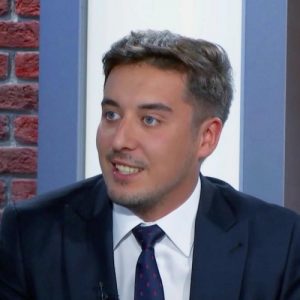 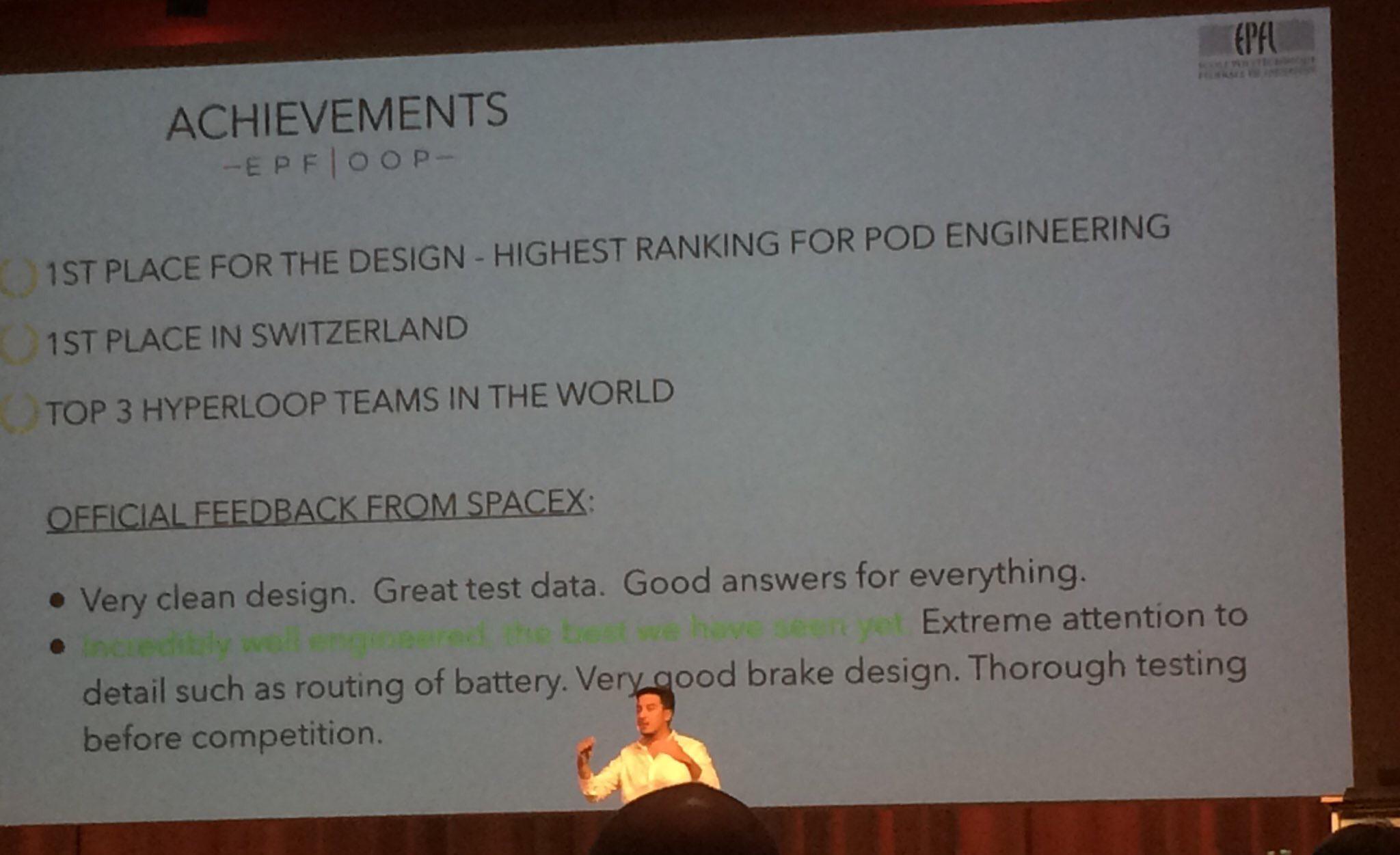 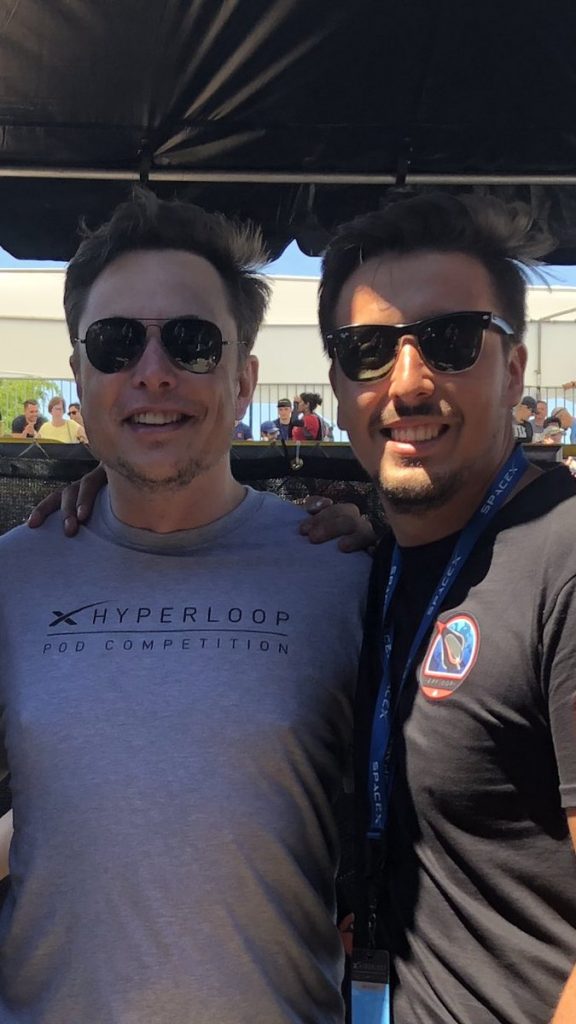