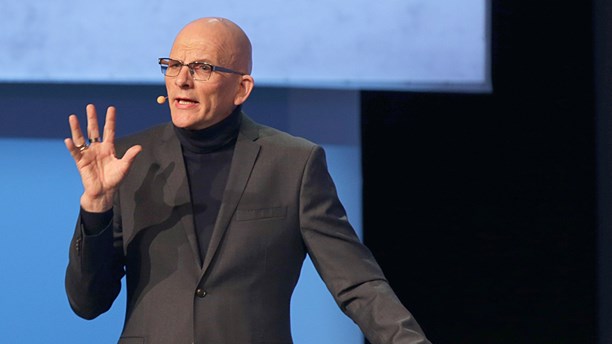 Kjell Anders Nordström is a Swedish economist, writer and public speaker. Amid the madness and hyperbole surrounding the new economy, Dr. Kjell A. Nordström is a guru of the new world of business. In 2009, Thinkers 50, the global ranking of management gurus, placed him and his partner Jonas Ridderstrale among the list of most influential thinkers. His research and consulting focus is on the areas of corporate strategy, multinational corporations and globalization.

More things about him that you might not know:

1.He was first educated as an engineer and thereafter commenced studies at the Stockholm School of Economics, where he earned a Ph.D. in 1991. Until 2004 he was an Assistant Professor at the Institute of International Business (IIB) at the Stockholm School of Economics. His research and consulting focus is in the areas of strategic management, multinational corporations and globalization. He has served as an advisor/consultant to several large multinationals and to the government of the United Kingdom.

2. He believes that in order to get rid of that human shadow called poverty, we have to make up our minds as to what a good life is. “Technology without ideology and values, does not produce much value. As noted by Charles Handy, the market is not a substitute for responsibility – merely a mechanism for sorting the efficient from the inefficient,” he declared for http://thinkers50.com.

3. Nordstrom also thinks that never before in the history of mankind have we had so many potent tools that potentially enable us to build a better world and companies that are actually fun to work for, but it is up to us to create this future.

4. In his opinion, the role of the leader is to strike a balance between when there should be control and when you should let go. Leadership is very much an art form.

5.  His book  “Funky Business – Talent Makes Capital Dance” became an international best-seller and has to date been translated into 33 languages. In 2000, both Amazon.co.uk and the webzine Management General rated it as one of the five best business books of the year. Another survey ranked it as the 16th best business book of all time.

6. He has been described as the “enfant terrible of the new world of business”.

7.  He is a founder of the Stockholm School of Economics’ most prestigious management program, which attracts the elite of Scandinavian executives.

8. Amusing, Educational, Enthusiastic, Informal, Interactive, Passionate, Story-telling and Thought-provoking. Kjell Nordstrom is one of a new generation of rock star speakers. His dynamic, agile and compelling style is matched by the scale and pace of his ideas.