Grow Your Business With These 6 Tech-Powered Trends

We are living in a tech-driven, digitally empowered world. New technologies are developed at a faster rate than ever before. Does anyone remember the old rotary dial phones? Within just one decade they were replaced by smartphones. Computers used to be the size of a room, now their power is compressed into one chip smaller than your fingertip.

The digital revolution took the business environment by storm and changed everything from product design to sales, marketing and hiring.

It used to be that being digital was a differentiator and a competitive advantage. Now we are fast approaching the moment when the digital playing field will eventually even out.

How will then companies differentiate themselves from the competition?

The answer is innovation, creativity and looking for the greater good.

Let’s explore 6 tech-powered trends which you can leverage to grow your business:

FITS is an app which suggests clothing for men based on their music preference. The app was created by Eison Triple Thread, a menswear fashion company. The user logs into his Spotify account, allowing the app to access his listening data and pair music genres and favourite artists with styles. The user then looks through the suggested outfits, giving his feedback with likes and dislikes. This process ensures that the client’s suits properly reflect his personality as well as personal style. And because all the company’s menswear is made to measure, the user can further customize each product, like choosing colour pairings or materials.

Razor manufacturer Gillette gives consumers the power to create and order customized 3D printed razor handles, with the choice of 48 different designs, a variety of colours, and the option to add custom text.

Startup Unspun has partnered with Fit3D to enable customers to receive custom-fitted jeans after undergoing a 20-second body scan. The company is also developing a 3D weaving machine that will eliminate fabric waste during the production process.

Thanks to technology, powerful brands like Microsoft, Google and Amazon are erasing the boundaries between industries.

Innovators themselves, these tech giants establish footholds in other industries through acquisitions. Amazon is going into the smart home market and the healthcare industry, Microsoft is tapping into the gaming industry and Google has taken an interest in the transport industry in India.

Our world is currently fighting a silent enemy – plastic waste. One of the most important inventions of the 21st century, plastic is now a danger to our planet. Governments, brands and companies are now working to reduce plastic waste and find new ways to recycle it.

Plastic bags are a huge environmental problem in Africa. 98% of plastic waste in Ghana is dumped into a landfill (instead of recycled). Ghana company Nelplast found an innovative way to recycle the country’s plastic waste by turning it into roads.

Starbucks and McDonald’s led the creation of a $10 million challenge to create a fully recyclable and compostable coffee cup.

Adidas produced more than five million pairs of recycled plastic waste shoes in 2018, and they plan to incorporate the waste into at least 11 million this year.

Virtual experiences (AR, VR and more) are becoming as meaningful to consumers as those that happen in the real world.

In May 2019, Microsoft announced Minecraft Earth, a mobile AR version of the popular game. With a closed beta planned for Q3 2019, Minecraft Earth brings a Pokémon Go-style AR experience to Minecraft and allows players to build and place their creations in the physical environment around them via augmented reality. The app leverages Microsoft’s HoloLens and Azure Spatial Anchors technology.

An estimated 10 million gamers attended a live virtual concert inside online video game Fortnite in February this year. DJ Marshmello took to the stage and delivered what felt like “a glimpse into the future of interactive entertainment, where the worlds of gaming, music, and celebrity combined to create a virtual experience we’ve never quite seen before.”

There’s a common belief that such experiences are created exclusively for and enjoyed by Millennials. Well, Abba changes that.

The Swedish group who achieved global fame in the seventies are now preparing for an upcoming digital show. The event will feature ‘Abbatars’ (like the one we’ve seen in the Miley Cyrus Black Mirror episode) which will represent the four members of the group. Björn Ulvaeus said that the two-hour show will be broadcast in the UK and simulcast across the world.

AI is the latest most important technology development. Many fear AI will be the end of humankind while others see it as the biggest shift in our evolution as a species. Will we integrate AI in our biological brain? Yuval Noah Harari supports this hypothesis. Until that moment, here is how AI helps us right now.

Chester, the AI-based radiology assistant is a web-based system for diagnosing chest X-ray images. It’s a free tool which allows users to upload an X-ray within their web browser to receive a diagnosis on 14 diseases, such as pneumonia and emphysema with 80% accuracy.

Just as Game of Thrones Arya “kills” her enemies, so too Arya, the recruiting tool helps you eliminate the most common problems related to recruiting. The tool identifies top talent faster than the competition, engages automatically with personalized messaging, builds high-quality candidate pipelines that are ready to move and tracks successful hires and instantaneously searches similar candidates.

Ginger.io is an app which offers professional coaching services to support employees’ emotional wellness. It is a behavioural analytics platform which turns mobile data into health insights and its AI technology helps the app’s clinical team reach out at times that are most helpful.

In recent years, brands have leveraged the power of advertising campaigns to put the spotlight on various societal problems. If successful, such actions attract media attention, brand love and a lift in sales.

Customers are now expecting brands to go to the next level: solve the problems, not just tout about them.

A British doctor, Almas Ahmed, has created the world’s first range of makeup that will resist acid attacks. Unveiled at the Leeds International Festival on May 7th, the makeup works as a barrier on the skin, effectively repelling acid. The makeup range took ten years to develop and it will be available in 2020, starting in regions with the highest incidence of acid attacks including India, the Middle East, and the UK. 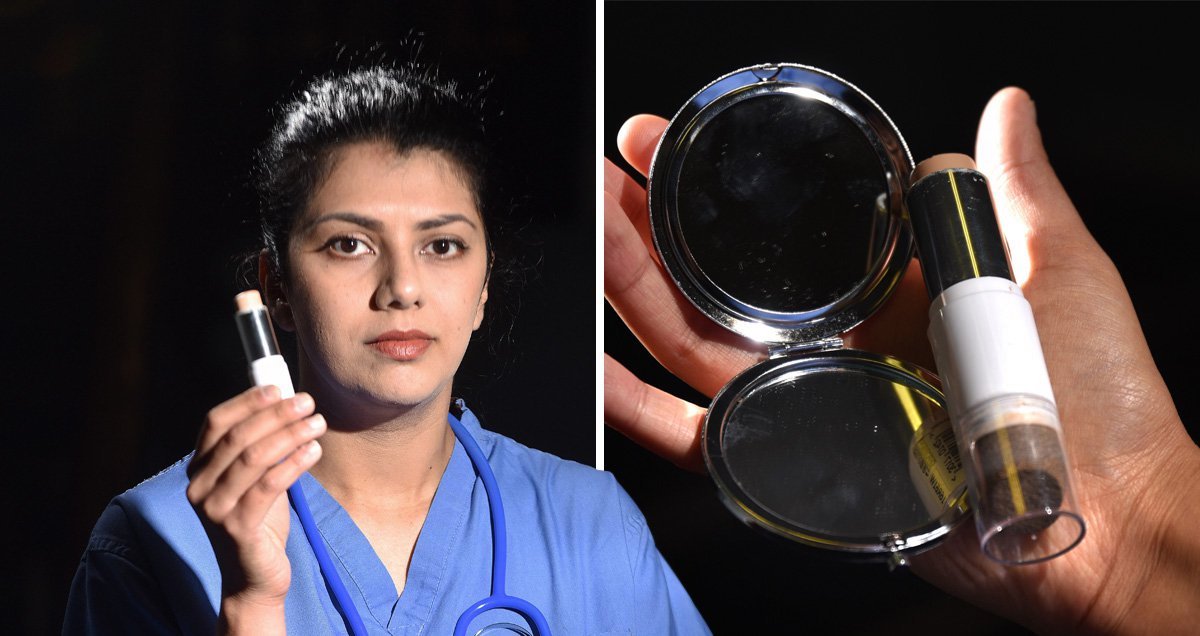 Imagine the scale of media attention this product would have received had it been created by one of the giant beauty brands.