I was curious to know if this tool is relevant in advertising so I selected three brands, KFC Singapore, BMW China and Heineken Italy and analyzed one ad for each brand.

To learn the Hofstede rankings of each country, I used this tool. 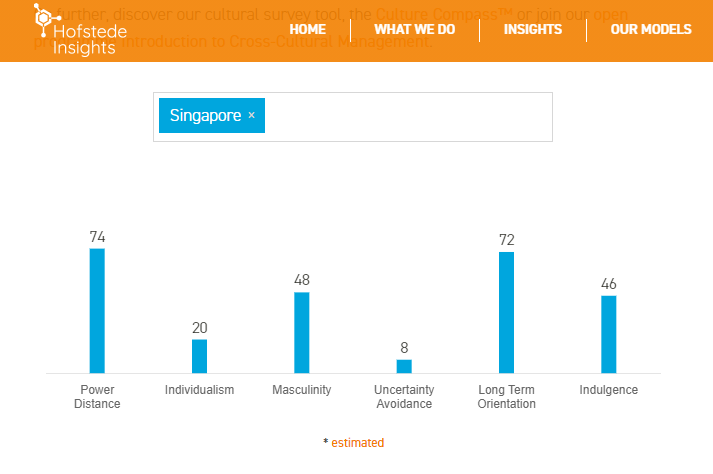 According to Hofstede’s theory estimations, Singapore ranks 74 at power distance. Power distance is the extent to which the less powerful members of organizations and institutions accept and expect that power is distributed unequally.

Singapore’s high score on this dimension indicates that it is a society that values hierarchy. This can be seen in the Singaporeans’ family meals customs which say that no one eats until the oldest member of the family lifts the spoon. In Singapore, older people are respected and listened to.

Individualism 20
The individualism vs collectivism dimension shows to which extent people feel independent or interdependent as members of larger communities. As you can see, Singapore ranks low in individualism which makes the society a collectivist one.

In the collectivist culture, family is at the heart of everything. A person views himself as a member of the family rather than an individual.

Masculinity 48
In regards to the masculinity dimension, Singapore ranks 48. Masculinity is the extent to which the use of force is endorsed socially.

Singapore’s rank tips the scale a little bit more to the feminine side. This means that conflicts are avoided and reaching a consensus is more important than being right.

What do we see in this ad?

We see a family preparing to eat together with the oldest, probably the grandmother sitting at the head of the table. As per tradition, everyone is inviting the grandmother to start eating. Although polite, what their invites do is repeatedly interrupt the hungry woman who doesn’t need convincing in front of a delicious bowl of KFC chicken. Because she doesn’t want to tell them off and ruin everyone’s good mood, she puts on a pair of headphones and starts eating with great pleasure. 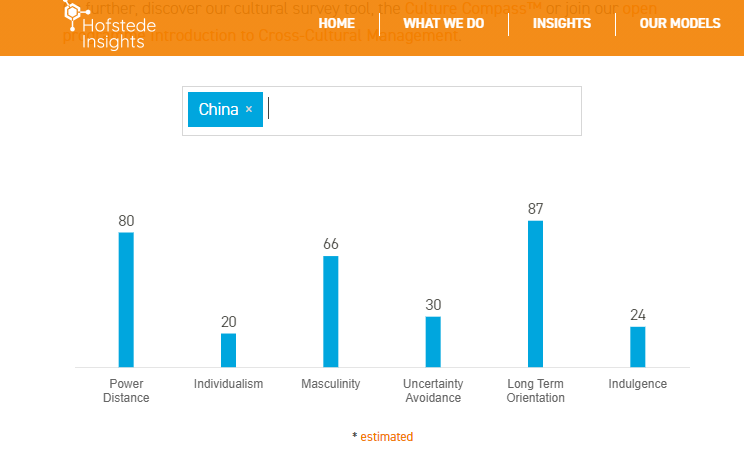 Power distance 80
This ad for the car manufacturer’s Chinese market pulls the strings on the viewer’s heart. It is longer than the average ad and uses this time to tell the story of a modern Chinese family with a hard-working white-collar father.

His son is trying to understand why his father is sometimes late to pick him up from kindergarten or even goes back to the office to work through the night. The only good reason he can think of is that his dad is a superhero and he gets wrapped up in doing superhero stuff.

China ranks very high in power distance. It is a country where subordinate-superior relationships tend to be polarized and can lead to power abuse by superiors.

We see this aspect of Chinese culture through the kid’s eyes: he imagines his father’s superiors as villains demanding him to dedicate his free time to the job and to making money because making money is more important than his son.

In his imagination, his father is fighting to overcome every obstacle that keeps him from coming home using every ability in his power: kung-fu strikes, negotiation or his bare fists. Like any other hero, he needs a sidekick to be successful and his BMW fulfils this role with flying colours.

Individualism 20
Chinese society ranks low in individualism. Although the ad focuses mainly on the kid, we can still see how important and how dedicated the father is to his son. He may be late, but he eventually shows up.

Masculinity 66
China is a masculine society where individuals are success-oriented and career-driven. And people have traditionally established roles.

As we can see in this ad, the mother is the child’s main caretaker and possibly a stay-at-home parent with the father having a well-paid job. Also, it’s not a coincidence that he is portrayed as a hero winning at everything he sets his mind to. 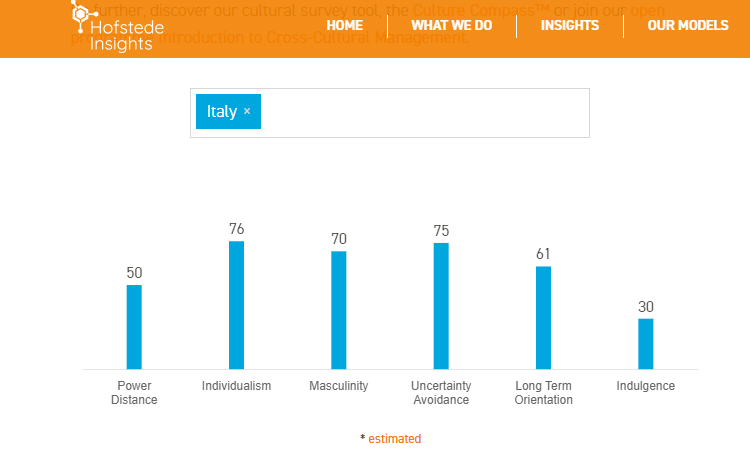 Competition is in their blood, both on the race track and in their father-son relationship also. Everything is a competition and winning is everything for this duo, from fishing the largest salmon to playing a game of tennis or throwing a paper ball into the trash can. And the loser gets to drive the car.

In the Behind the scenes video, Nico shares that to some extent, the ad reflects their relationship in real life. Playing a few games of tennis was a way for him and his father to spend time together.

Looking to expand your business into new markets?