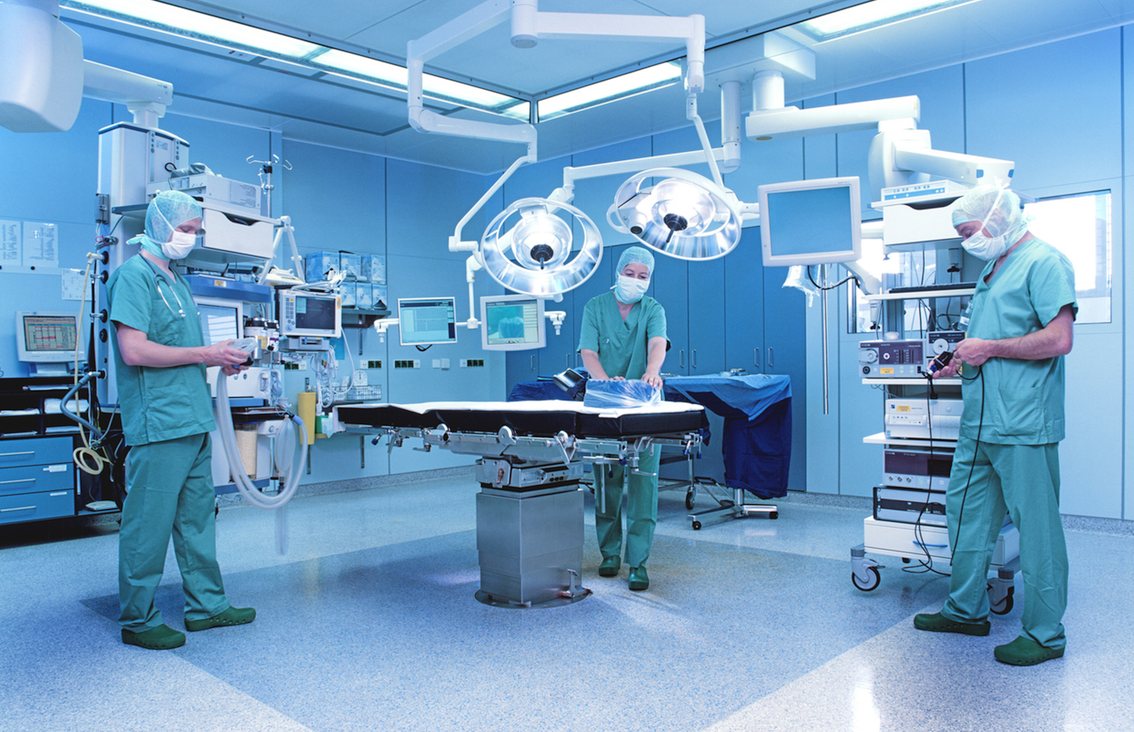 What medical technology brings new in 2017

According to CBS, at the International Summit on Human Gene Editing, hosted by the U.S. National Academy of Sciences in Washington, the Chinese Academy of Sciences and the UK’s Royal Society, much discussion surrounded a newly developed  gene editing biotechnology called  CRISPR — derived from a bacterial protein — that lets scientists clip away or tweak specific portions of DNA. “It has the potential to help get rid of certain diseases by splicing out defective snippets of our genes. But because of the unknown long-term impact, some leading scientists are calling for a moratorium on its use,” says CBS.

Painful mammograms requiring the patient to stand while her breast is compressed in an X-ray machine might soon be a thing of the past. Current mammography techniques are not only painful but expensive, and may expose the patient and clinicians to harmful ionizing radiation. But  medical radar is now being developed for imaging breast cancers, using radio waves instead of sound or radiation. Medical radar uses electromagnetics similar to a microwave oven or cell phone, but at extremely low power. It is also a fast and easy-to-use technology. The process takes less than a minute, and both breasts can be scanned while the patient lies comfortably on a table.

The process is based on liquefying cells from either the patient or a donor in order to provide oxygen and nutrients. The cells are then deposited on a scaffold, layer by layer, based on a predetermined configuration customized to the patient. Then the bioprinted structure is incubated until it becomes viable tissue. Several universities have created their own bioprinters, and manufacturers such as the Swiss-based regenHU Ltd. and German Envision TEC are selling 3D bioprinting equipment and materials.

California-based Organovo and other companies are currently providing functional human tissue for pharmaceutical testing, and in December 2016 Organovo presented the first data showing survival and sustained functionality of its 3D bioprinted human liver tissue when implanted into animal models. Organovo aims to submit such therapeutic liver tissue to the FDA in as soon as three years. Moreover, Russian 3D Bioprinting Solutions printed a functioning thyroid in a mouse model and claims to be ready to do the same in humans.

It might be  one of the oldest forms of healing, but  acupuncture has some innovations on the way. According to Forbes, Kiseok Song, a student at the Korea Advanced Institute of Science and Technology, has created a way to deliver “ smart acupuncture”—a version of the ancient practice that uses electro-acupuncture to provide data on treatment. While the technology is still in development, this could potentially transcend multiple fields of study as a way of healing.

This is an emerging imaging technology that combines bio-electromagnetism with acoustics. The result is an ultrasound device that’s safer than a CT and can provide images that approach MRI quality. It offers physicians the ability to distinguish between malignant and benign lesions at a fraction of the cost of higher-end systems such as MRI or PET.

The science is based on dissimilar tissues reacting differently to outside stimuli. Each layer of tissue will vibrate at its own unique frequency when stimulated. This can be measured and converted into an image by means of ultrasound detectors. Researchers have used light, ultrasound, and electromagnetic energy for stimulating tissue.

Cancerous tissue is 50 times more electrically conductive than normal tissue, and electromagnetic energy also has the ability to penetrate much more deeply into the body than light. This makes electromagnetic acoustic imaging an excellent technology for diagnosing a whole range of tumors despite their location. Studies have shown that the low levels of electromagnetic energy required for the body are safe, and can detect tumors as small as two millimeters in diameter. Not only is EMAI effective, less expensive, and safe, it’s fast and the equipment is portable.

With the physical therapy industry being estimated at USD 30 billion, it has been changing rapidly, also with the help of Virtual Reality and motion-sensor technology, ready to improve the process. For example, in 2015, the FDA approved Reflexion Health to introduce an  at-home rehabilitation program using Microsoft’s Kinect. Vera is a digital medicine software system that uses the Kinect technology in helping patients with musculoskeletal rehabilitation. When used, patients will see an avatar on their television screen that will coach and motivate them to perform the exercises at home. The sensor will track their progress and report the data back to the patient’s physical therapist who is also monitoring their activity in real-time.

According to the  National Center for Complementary Integrative Health, meditation can have a profound impact on both your mental and physical health. It’s becoming apparent that this is a great alternative to taking medication, and is something you should certainly consider if you experience anxiety. Though technology and meditation may not seem like a likely pairing, apps like Headspace can help you maintain your mental focus while on the go.

Stroke is the No. 5 killer in the United States. Even when the patient survives the result can be long-term disability, which can be heartbreakingly painful and very expensive. Nanotherapeutics, treating disease on the molecular level, is already being used in the treatment of cancer and infections. Now emerging targets of  nanobots are breaking up stroke-causing blood clots and the precision delivery of drugs for reversing the effects of stroke.

Scientists have been studying platelet-sized nanobots coated with a tissue plasminogen activator (tPA), one of the most effective clot-busting drugs known. These nanobots are fabricated as aggregates of multiple smaller nanoparticles (NPs). The microscale aggregates remain intact when flowing in blood under normal conditions, but break up into individual nanoscale components when exposed to the blocked artery.

9. The Echopixel – A revolution in 3D medical imaging

EchoPixel renders patient-specific anatomy in an intuitive, interactive virtual reality format, leading directly to increased clinical knowledge, faster operations, and better care. True 3D, from EchoPixel, is an advanced medical visualization software solution. It offers physicians an unprecedented opportunity to view and interact with patient tissues and organs in a truly 3D form, as if they were real physical objects.

It takes data from CT and MRI scans and transforms it into 3-D holographic images so she can view and interact with patient tissues and organs as if they were real physical objects. Medical 3-D imaging is not new, but the way organs appear to pop out of the screen and the ease at which the anatomy can be manipulated has never been seen before in medicine.

Sergio Canavero , an Italian neurosurgeon, intends to attempt the first human head transplant, though no successful animal transplants with long-term survival have yet been made. Because of the difficulty of connecting the spinal cord, Canavero has suggested improvements in the process using a special blade and polyethylene glycol, a polymer used in medicine as well as in everything from skin cream to the conservation of the Mary Rose, can help start growth in spinal cord nerves.

A special bio-compatible glue will hold the spinal cord together so it can fuse with the donor body. The patient will then be put in a drug-induced coma for four weeks while the connection between the head and body heals. Canavero says all the technology he needs is available, and estimates the procedure will take about 36 hours and require the services of 150 medical professionals. He expects a 90% chance of success, as in a 90% chance the patient is up and walking around a few months after the surgery. This all still sounds like science fiction, and medical professionals are mostly skeptical of Canavero’s plan.