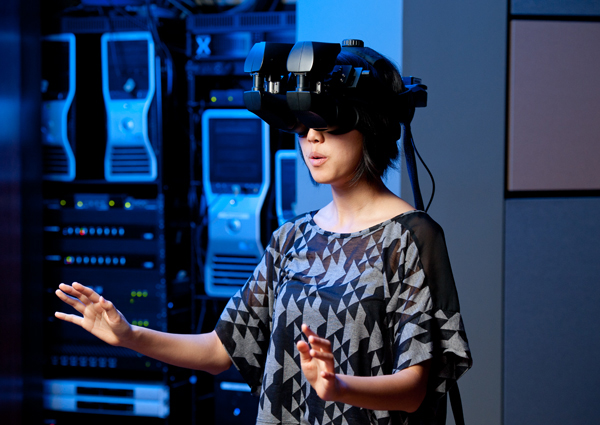 5 domains that will be revolutionised by VR – part II

This is a continuation of last week’s article.

According to inc.com, one of the key implementations of virtual reality in the medical field is that it will allow doctors and medical professionals to practice procedures that they don’t regularly have access to in the office. There are a variety of different mobile virtual reality devices that are becoming equip to handle these exercises. Among them, Gear VR, VR One, and Google Cardboard have stood out as some of the most promising. These devices will dramatically change the way in which hospitals and health care facilities are able to train their nurses, doctors, and medical personnel. There are many instances of virtual reality already playing a role in training.

Nicklaus Children’s Hospital has recently partnered with Next Galaxy Corp, an augmented and virtual reality company, to create software designed for procedures in hospitals. The technology is centered on the virtual reality medical instructional software, which functions to guide users through procedures like a Foley catheter insertion, cardiopulmonary resuscitation, and wound care. As the technology continues to advance, training new employees will become easier and more cost effective. In addition, the training itself will be more effective. “By enabling the trainee to immerse himself in a virtual reality environment, the staff member is able to synthetize a much more realistic and memorable experience for the new employee. Among its many proven benefits, virtual reality has shown remarkable abilities in enabling medical staff to learn and retain information,” writes inc.com.

For the first time in the history of medicine,  on 14 April 2016 Shafi Ahmed cancer surgeon performed an operation using a virtual reality camera at the Royal London hospital. Everyone could participate in the operation in real time through the  Medical Realities website and the  VR in OR app. “Virtual reality could elevate the teaching and learning experience in medicine to a whole new level. Today, only a few students can peek over the shoulder of the surgeon during an operation and it is challenging to learn the tricks of the trade like that. With a virtual reality camera, surgeons can stream operations globally and allow medical students to actually be there in the OR using their VR goggles,” writes medicalfuturist.com.

At the same time, VR can help relax the patients, treat their phobias and PTSD. Professor Albert Rizzo, director of VR in the medical field and who works at the Institute of modern creative technology, uses virtual reality exposure therapy, particularly with the soldiers, who survived post-traumatic stress syndrome, caused by hostilities. The essence of the therapy lies in patient’s immersion in simulation, where he drives the Hammer and suddenly a homemade device explodes in a certain place. “This is peculiar stimulation of the imagination, where the patient is trying to work over the trauma or any other problems by a specific provocative method,” wrote Forbes.

More you can read here, here and here.

The tourism industry is one of the first to take advantage of the technology. Many tourism sites has developed VR tours, which take you to a world where you feel that you are part of the scene and can have interactions with the various elements at the scene. Most of the world famous sites have some or the other technologies in action to help increase the visitor experience.

According to Lonely Planet, Marriott Hotels has been trying out virtual reality experiences and has allowed guests at certain hotel locations to trial a VR headset. The company also unveiled a virtual travel content platform – called VR Postcards – which are immersive travel stories that follow a real traveller heading to a unique destination, such as the Andes Mountains in Chile, an ice cream shop in Rwanda or the streets of Beijing. “Some companies are using VR to entice would-be travelers to their product. Earlier this year, Carnival Cruises ran a promotion with AT&T using Samsung VR technology. They set up in 133 stores around America allowing people to have a virtual reality experience of what it’s like aboard one of their cruise ships. The company noted that it’s exploring how it could adopt VR into its sales as it could be used by travel agents to show to clients a prospective cruise experience,” explains Lonely Planet.

Moreover, a recent  Travelzoo survey of more than 6,000 travellersin Asia, Europe, North America and South America found about 80% of people feel robots will be a big part of their lives by 2020 and nearly two-thirds said they would be comfortable with using them in the travel industry. Those efforts are already underway in certain places, as Amsterdam’s Schiphol Airport and KLM have been testing a robot designed to help passengers find their gates and Costa Cruises have a new multi-lingual humanoid robot that can give recommendations to travelers.

Moreover, with virtual reality technology, more fans can have that front row experience. The  specialized 3-D 360-degree technology offers a view that being in the audience could never buy – placing cameras in locations beyond a front row experience (i.e. under the basketball hoop, in the end zone, etc.) – and gives the user the feeling of being in a special place. “Virtual reality provides a whole new medium. Whereas Hollywood movies have to be 72 minutes to be considered a theatrical film, virtual reality doesn’t have these restrictions. In fact, viewers have the opportunity to do so much more, such as meeting the actors and actresses “in-person” – an opportunity that few others have had the chance to do,” says psfk.com.

Another interesting perspective can be read here.