Contextual editorial video content dramatically increases a consumer’s engagement and recollection of video advertising on a web page, showed a new study about video intelligence, conducted by Lumen Research. The findings show an increase in dwell time by a third and improves user perception of publisher platforms by 9%.

In the study took part 200 consumers that were asked to share opinions on commercial and editorial content on an entertainment site, looking at engagement, dwell time and perception – both with and without contextual content. Respondents were invited to download Lumen’s software onto their laptop computers, which temporarily turns their computer’s webcam into an eye tracking camera. The participants eye movements were monitored to understand what they looked at – and what they ignored.

“We already knew contextual editorial content dramatically improves user engagement with advertising content, but to see that it improves engagement with other ad-content and native editorial content is fascinating. At video intelligence we’re dedicated to helping publishers deliver great user experiences, and we’re pleased to see that vi stories delivers a strong halo effect for both brand and publisher,” said Kai Henniges, CEO and co-founder of video intelligence.

On his turn, Mike Follett, managing director of Lumen Research, added that, because contextual content like video intelligence stories is more relevant and interesting than typical digital videos, people are willing to spend time with the accompanying advertising to see it, demonstrating that video intelligence stories makes both native content and non-contextual advertising on the same page more memorable. Attention matters – and vi drives attention.

vi stories allows publishers to embed a native video player on their platform that matches the look, style and design of their app or website. A natural language machine learning algorithm, powered by IBM Watson, finds and serves editorial video based on its analysis of the page content. Content is sourced from a vast and continually updating video library, containing clips from outlets like ITN, Bonnier and Euronews. 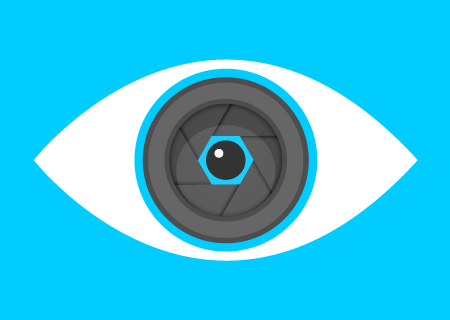 The product aims to create highly engaging experiences for users and increase the time they spend on the site, creating greater monetisation opportunities on publisher platforms. vi stories inserts advertising within the player, allowing advertisers to target engaged viewers with audience-appropriate branded content in a native media environment.

The research saw participants read an article on an entertainment website about the Oscars, half with contextually relevant video content and half without. The same ad for M&Ms ran before both videos. Having read the article and had the chance to watch the video, respondents were asked to complete a short questionnaire to assess their recall and perception of the ads they had seen and their perceptions of the publisher site. The respondents were paid for their time, and the software deleted from their machines as soon as the test was completed.

vi is a contextual video platform, connecting publishers, content providers and brands through video storytelling. Video inventory is lacking, and users are hard to captivate, therefor vi’s tools use contextual matching to create compelling video experiences on desktop and mobile. vi offers a full suite of self-serve tools: a video syndication engine powered by machine learning, a video ad server and an SSP. vi is trusted by 20,000 publishers to deliver millions of contextual video stories every day.