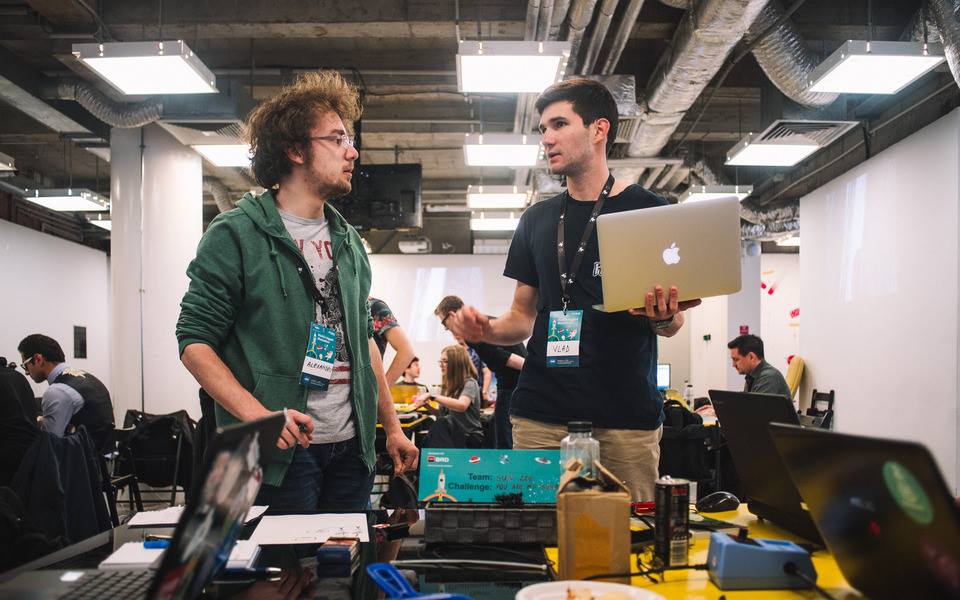 It was a Sunday evening in the spring of 2017. Here I was in my rented flat on the 7th floor of a block of flats in Bucharest, with the big park across to cool us a bit, sitting with Ionut, this guy I met yesterday at a hackathon.

We won the hackathon and now we were already planning our second, the NASA Space Apps Challenge, world’s biggest hackathon. I’m overly excited, Ionut seems calm yet very confident in everything he says.

“We’ll do a very small solar panel, I’ll get what we need. We also need at least two more on our team.” 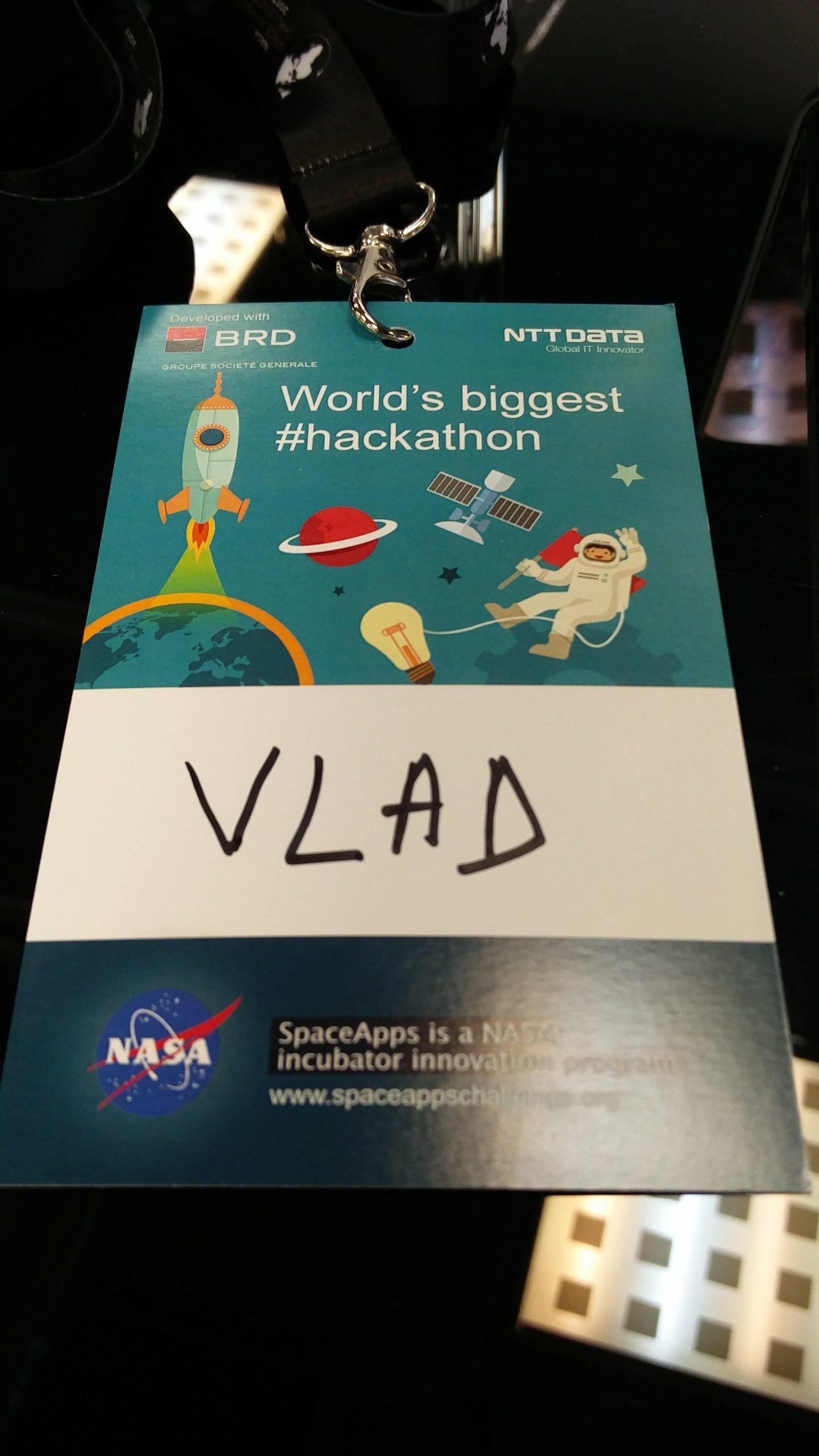 At that point, I still didn’t know exactly what a hackathon was. I knew what we were about to build, had an idea on how to frame it and we thought of two friends that could join us. Little did I know that we were on our way to winning the competition or meeting Dumitru Prunariu, the only Romanian cosmonaut, who spent a week in space in 1981. And I also couldn’t have imagined how these weekends would turn into friendship and our greatest project so far, ClarK, the glasses that can see through walls. 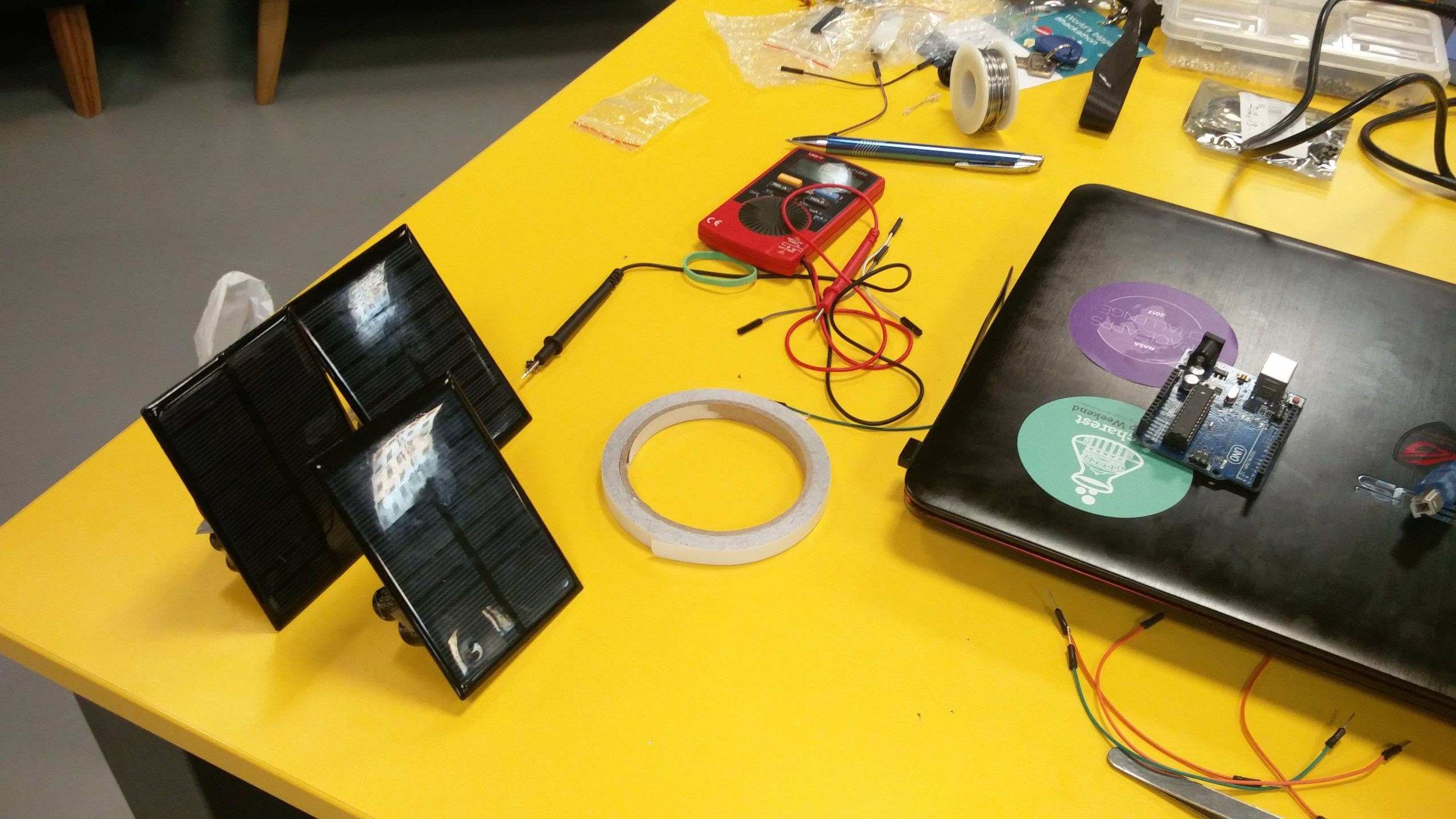 This is our project for the NASA Space Apps Challenge – SUN:200, a tool to plan energy consumption based on expected energy output from solar technologies.

What is a hackathon?

Let’s start with the basics. The word hackathon represents a combination of hack and marathon.

Despite its computer security connotation, the word hack is actually used in the sense of exploratory programming and borderline engineering.

A hackathon is typically a two-day competition, like design sprints, where programmers, designers, project managers, specialists or curious folks collaborate to create a proof of concept or prototype, be it hardware or software.

Usually, hackathons are built around a theme or topic and involve prizes for the best teams.

Companies are organising quite a few such events nowadays, looking for creative high-tech solutions to novel problems, or just willing to recruit talent. This brings opportunities for tech-savvy youngsters and a potentially great experience for those considering an entrepreneurial project.

A hackathon can be a pretty good simulation of the (chaotic) entrepreneurial life.

What can you learn by participating in a hackathon?

How to get the most out of a hackathon?

1.Firstly, decide why are you participating.

Do you wish to meet people? Find a colleague? Validate an idea? Have fun? Explore?

I went to my first hackathon to explore; I was curious about the mechanisms of such events and about the type of products I could find there.

It was Startup Weekend 2017 in Bucharest, organised by Google for Entrepreneurs, where I met my close friend and co-founder, Ionut.

The next weekend we formed a team for NASA Space Apps Challenge. On April 29 2017, at Ionut’s initiative, I joined the team and brought along Alexandru, my high-school friend.

Our mix of skills and knowledge was great, but we lacked a good software programmer – such as Costin, a young and witty kid from a rival team. The four of us would go along and create ClarK a few months later. 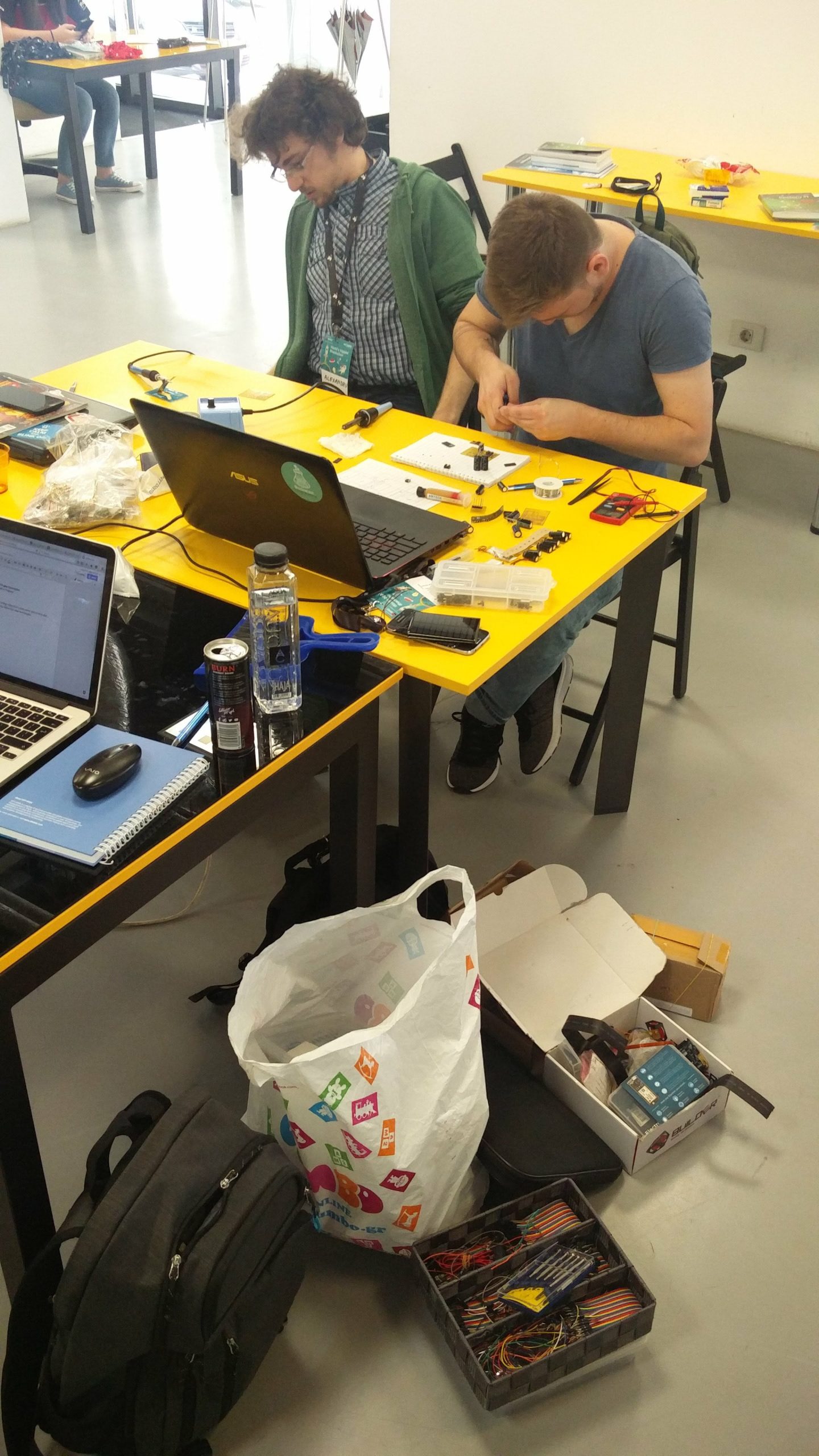 [bctt tweet=”Vlad Macelaru on winning hackathons: Don’t make an island out of your team.” username=”brand_minds”]

2. Make sure that your plan for the weekend maximises the output you are looking for.

If you’re looking for validating an idea, talk to as many mentors or potential partners as possible and document their opinions.

If you’re looking for co-founders or colleagues, try to work with them and see how well you collaborate.

If teams are already established and it is not possible to mingle, try to observe how people interact and work together in other teams, just as if you were a recruiter. There’s always time to get someone from a different team for a chat.

Don’t make an island out of your team.

3. From idea to hack and beyond

At our first hackathons, we would mostly build single-use prototypes over the weekend that would end up in a drawer and somewhere in the cloud.

It was in March 2018 at Innovation Labs when we committed to building a complex product, starting with the idea of glasses that can see through walls. We’re still after this in a certain way.

Since then we participated in many more hackathons, competitions and conferences.

The main objective was to develop the concept and make it popular among the tech community. However, sometimes it happened that we went to events only for the win.

If you’ve reached so far, let’s cut to the chase.

If you’re looking for the prize, it’s an advantage to know the bigger picture and mechanisms behind such competitions.

1.Understand the context you are in.

What is the purpose of the hack? Who’s judging? By which criteria? What are the mentors telling you? What are the other teams working on?

A competition has a set of rules and systems behind it. I wouldn’t enter a game I didn’t know the rules of.

In most hackathons, the winners are selected by a jury. However, some have systems based on voting.

Jury members are both technical and non-technical, and sometimes they happen to not be familiar with hackathons.

They will buy into shiny ideas surrounded by buzzwords and you can guess some of their areas of interest based on their jobs or profiles.

Don’t consider this cheating, it’s due diligence and it won’t guarantee you an advantage. But the better prepared you are, the better the chances.

A hackathon is a full day of coding and going through ideas will be intense and can make people flip. Every member of the team is essential, and time is precious.

PS: In a hackathon, someone always has to win, regardless of how strong the competition is. This is not the case in business.

5. The hackathon has ended. What’s next?

Process the information you learned at the event & research deeper, particularly about business plans (business model canvas), new technologies and any ideas you found interesting.

Also, think about how your relationship with the team went and why.

If you decide you wish to continue in entrepreneurship, an accelerator program would seem the next logical step.

This, of course, after you have a team and a strong idea.

I will expand on these topics in the next parts of this series.