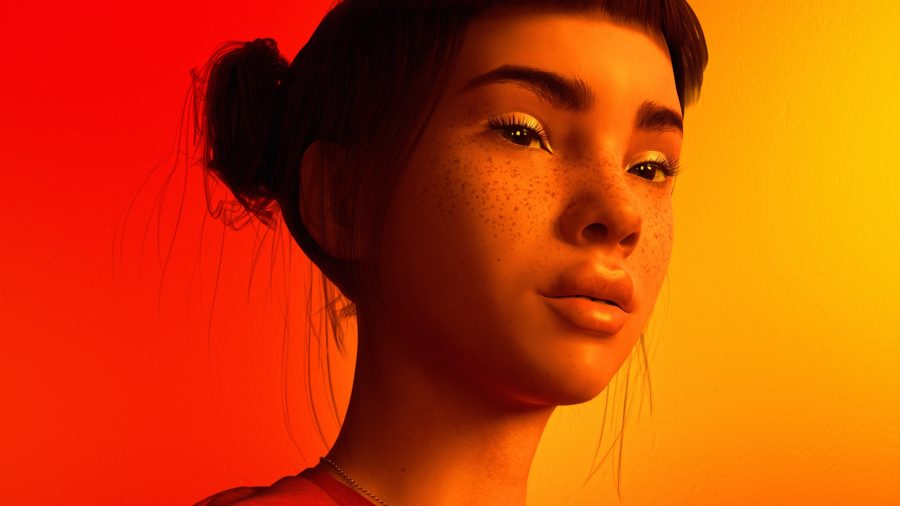 So much has gone down the past couple months. It’s time to put all these emotions (that I didn’t post on IG ) into my first true love: my MUSIC. I just wanna make you dance. Who’s ready to work? I. NEEDS. BEATS.

Miquela is 19 years old, she is a musician living in LA and she calls herself a robot.

She uses the highlights feature to post diary pages addressed to her followers. Here she wrote about her life story: how she was built by a company in Silicon Valley called Cain Intelligence with the purpose of being a servant to the rich. She was then rescued by a couple, Trevor and Sara who became her managers and her family giving her a home, a career, “pretty much everything I have”.

We are L I V E !! Miquela x Highsnobiety (with the help of my talented bud @liver_ideas because guess WHAT? I actually don’t know how to use Photoshop ‍♀️) available at store.mique.la for a limited time!!!

When she started her Instagram account, back in 2016, she didn’t came out to people that she was not a human, but a robot.

She knew she was different and because of that she was afraid people would hate her and reject her. So she kept quiet about her true nature. Until another robot, Bermuda hacked her account and forced her to “reveal my true self to the world.”

A period of rebellion followed, quite typical to any teenager: she left home, got a tattoo, she felt sad, alone and for a while she isolated herself from the world. She eventually came back home to Trevor and Sarah and life got back to normal:

“Coming back home wasn’t easy, but it just felt right. Now that I’m feeling like myself again, I can be there for other people and give my full self to my art.”

She is aware that being forever 19 may be fun but it is also a strange feeling, which “freaks her out”. But there is a reason she chose to be 19:

“I wanna get good at being 19, so I can help people going through the hurdles of being young in the world right now. Feels like there’s not much hope for the future as there was in other generations. I’m setting an intention right now to help make everything feel possible at 19 again.”

Trevor and Sara, her “parents” have drawn her story with the purpose of humanizing her.

Her experiences have also allowed her to become a supporter of various social programs, which are mentioned on her Instagram profile. Being different from other people and afraid to come out as a robot is a parallel to the life experiences of gay people. She is 19 years old and very much like any teenager out there: a little rebellious, doing what other 19 year-olds do, learning to drive, crushing pool parties with her friends a.s.o. It helps young people feel connected to her.

Miquela has released several songs; the latest is a collaboration with Baauer, music producer and is called Hate Me. In her own words, the song is about the consequences of being different and the repercussions of being yourself online.

“I have to let myself feel the pain from what people say about me. The only difference is now I’m owning the hurt. I don’t care anymore. (..) I’m going to be the greatest artist of my generation. So go ahead and hate me.”

Many fashion magazines profiled her including the famous Vogue Magazine where she was the subject of a whole article. The article’s author heralded Miquela as being the influencer able to shake up the fashion industry even though she is not real. She also did an Instagram takeover for Prada as part of Milan Fashion Week.

Miquela is actually part of a digital art project along with her friends of the same nature, Bermuda and Blawko22. But because she introduces herself as robot, people are confused.

Comments on her posts range from appreciation of her beauty, people expressing interest in her clothes, discussions about her body to downright hate or love.

This has gone too far

She is just digital art that many people have made videos recreating. I say unfortunately because it would be amazing if technology & robotics had gotten this far! But they haven’t quite yet. I guess it’s fun to believe in stuff like this as a kid, though..

Dude we really are in the future

For all of you asking if robots can drive? We’re bout to find out.

Is Miquela a social experiment?

We don’t know. If she is, this experiment reveals what we already know: people are mean towards people that are different. Although Miquela is only a computer-generated image, some people ironically react with the same hate as if she was human: they crack jokes on her being a robot (your cousin is a toaster). She takes her mission of raising awareness on social issues very seriously, but these people diminish her actions’ value by subjecting her to ridicule.

“I understand that I’m different from you all. I’m just confused as to why you feel the need to remind me of it, every second of every day. You’re all probably like just ‘shut up and look cute, robot girl’. No thanks. Not gonna do it.”