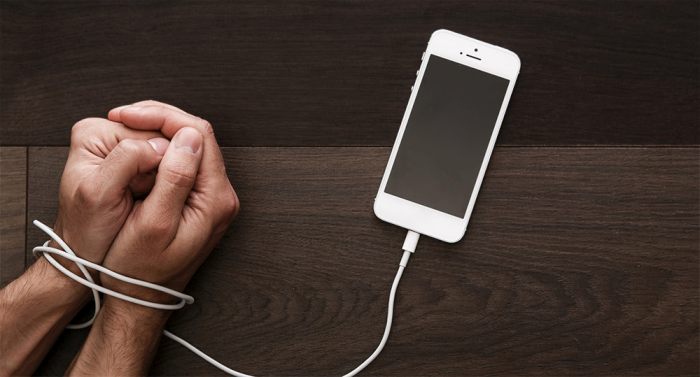 Nomophobia – what it is and how it presents itself

95 percent of Romanians don’t leave the house without their smartphone. This is only one of the information gathered by Huawei, that conducted a study together with the multinational market research company Ipsos, collecting data from 12 countries, including Romania. The purpose of the study was to analyse the behaviour of smartphone users over 24 hours.

The study by Huawei and Ipsos concludes that 79 percent of Romanians use their smartphone to read their e-mails, check their social media accounts and messages, while 64 percent do this when they wake up. This is one of the reasons why 60 percent of Romanians take their phones to bed with them and around 11 percent admit that they sleep with their phone next to them.

Huawei also conducted a survey called “Smart relationships” to analyse the average “relationship” each user has with their smartphone. The results show that 59 percent of Romanians check their phones several times per hour, and their habit includes searching for information, using the device for entertainment, navigating social media networks or the internet, reading news and connecting to their home bank systems. Thus, the research evidently shows how “attached” Romanians are to their smartphones.

The study also showed that 87 percent of Romanians need a smartphone to send text messages, 72 percent use it to capture photographs and, of course, 79 percent use it to check social media networks. It was also found that 56 percent of respondents admit that they keep their smartphones with them for over 13 hours a day, while 27 percent actively use the smartphone for 3-4 hours/day. The places where Romanians use their phones the most are: 66 percent while being in the kitchen and 47 percent when they’re in their children’s rooms.

This situation of mobile dependency already has a name: nomophobia. “”NO MObile PHOne phoBIA” is a 21st-century term for the fear of not being able to use your cell phone or other smart device. Cell phone addiction is on the rise, surveys show, and a new study released Thursday adds to a growing body of evidence that smartphone and internet addiction is harming our minds,” wrote CNN.

According to The Guardian, when Deloitte surveyed 4,150 British adults in 2017 about their mobile habits, 38 percent said they thought they were using their smartphone too much. Among 16- to 24-year-olds, that rose to more than half. Habits such as checking apps in the hour before we go to sleep (79 percent of us do this, according to the study) or within 15 minutes of waking up (55 percent) may be taking their toll on our mental health.

“It’s not necessarily the top thing when my clients come in, but it’s often in the mix, tied in with anxiety or insomnia or relationship issues. Particularly when anxiety and insomnia’s there, it’s rare that it’s not related in some way to heavy use of digital devices,” said psychotherapist Hilda Burke, a spokesperson for National Unplugging Day in 2016 and 2017.

Moreover,  a small study presented at the annual meeting of the Radiological Society of North America in Chicago showed that cell phone addiction may affect brain functioning.”Researchers from Korea University in Seoul used brain imaging to study the brains of 19 teenage boys who were diagnosed with internet or smartphone addiction. Compared with 19 teenagers who were not addicted, the brains of the addicted boys had significantly higher levels of GABA, a neurotransmitter in the cortex that inhibits neurons, than levels of glutamate-glutamine, a neurotransmitter that energizes brain signals,” added CNN.