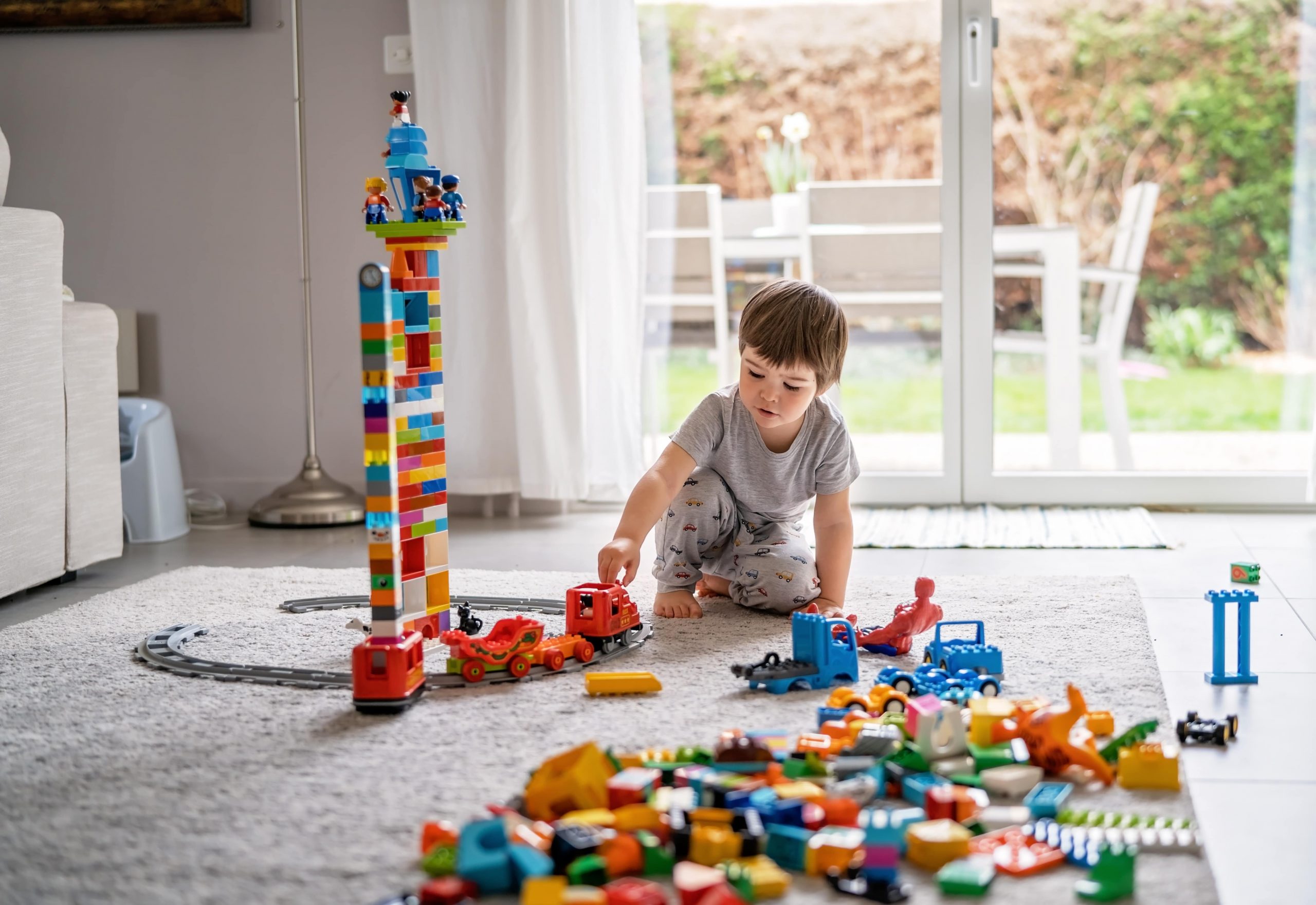 The story behind the brand – LEGO

A study by the World Economic Forum estimates that given the pace of change 65% of kindergarten children will hold jobs that have not yet been invented. The only way we can prepare children is to give them skills that can be applied universally.

According to LinkedIn, creativity is the most in-demand soft skill for 2020.

LEGO inspires and develops the builders of tomorrow

That’s what LEGO is all about: entertainment and education. Building with LEGO bricks helps kids develop their creativity, increase their problem-solving skills, become more resilient and boost their collaboration and communication skills.

As children shape their own worlds with LEGO bricks, we play our part in having a positive impact on the world they live in today and will inherit in the future.

How LEGO started – a short history

Where does the name LEGO come from?

The name LEGO is an abbreviation of leg godt which means play well in Danish and I put together in Latin.

How old is LEGO?

In 1932, master carpenter Ole Kirk Kristiansen had a small workshop in Billund, Denmark. Business wasn’t great and before soon, he dismissed his last worker and closed the workshop.

But how was he going to provide for his four sons? Especially now when he lost his wife and his sons’ mother?

A resourceful man, Ole had an idea: he began making toys. After all, he had all the wood he needed from the carpentry production and lots of creativity.

The first LEGO toy Ole made was a wooden duck. This happened 88 years ago. 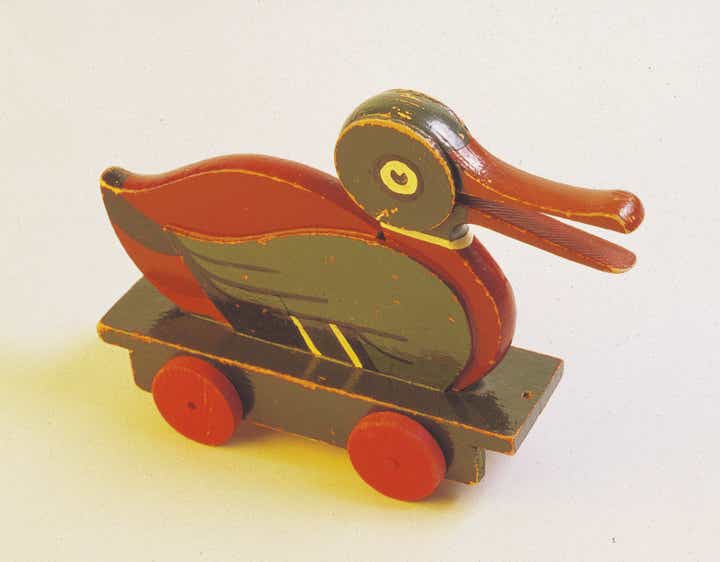 Ole’s wooden toy business gains momentum and word gets out that his toys are of the finest quality.

With the help of his son Godtfred, who starts working with him side by side, sales pick up and the future looks a little less grim.

Everything changes when Ole buys a plastic injection-moulding machine for toy production, the first machine of this type in Denmark.

In 1949, the LEGO factory starts making 200 different plastic and wooden toys, including Automatic Binding Bricks, a forerunner of the LEGO bricks we know today. 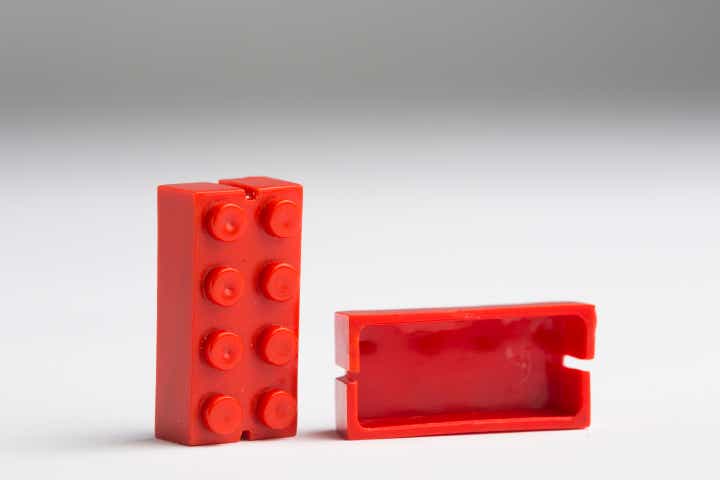 LEGO is much more than a brick, it is a system built around an idea

With sales picking up around Christmas and plummeting the rest of the year, Godfred felt their LEGO toys were missing something essential.

He realized they were giving kids ready-made toys which were not challenging enough. The toys needed an idea and a system built around it. This way children were able to use their imagination and creativity.

This is a breakthrough moment in LEGO history. Instead of offering kids ready-made toys, LEGO gives them the opportunity to build their toys – a much more challenging activity which kept kids engaged for hours.

The LEGO System of Play becomes very successful and the company starts selling it to other countries. 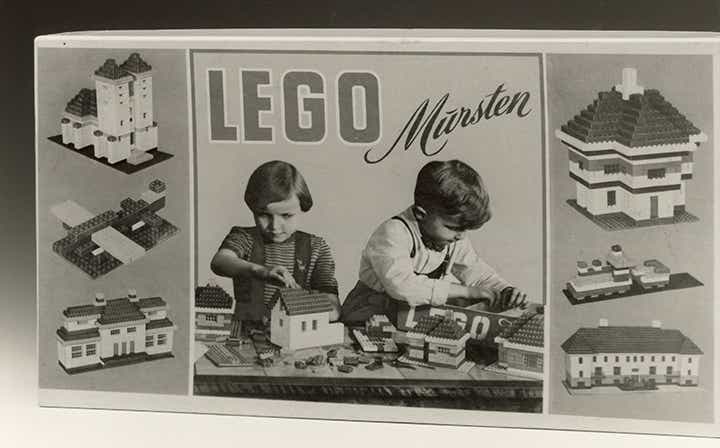 The bricks that stick together – the secret of LEGO’s success

The kids were happy building something with their own hands and very proud to show their constructions to their parents. But their joy wouldn’t last – the constructions were fragile, falling apart at the slightest touch like a card castle.

What if bricks could stick together? Godtfried asks himself.

He goes back to the drawing board and in 1958, he patents the iconic LEGO brick with tubes inside which makes bricks stick together.

From this moment on, LEGO becomes one of the largest toymakers in the world. 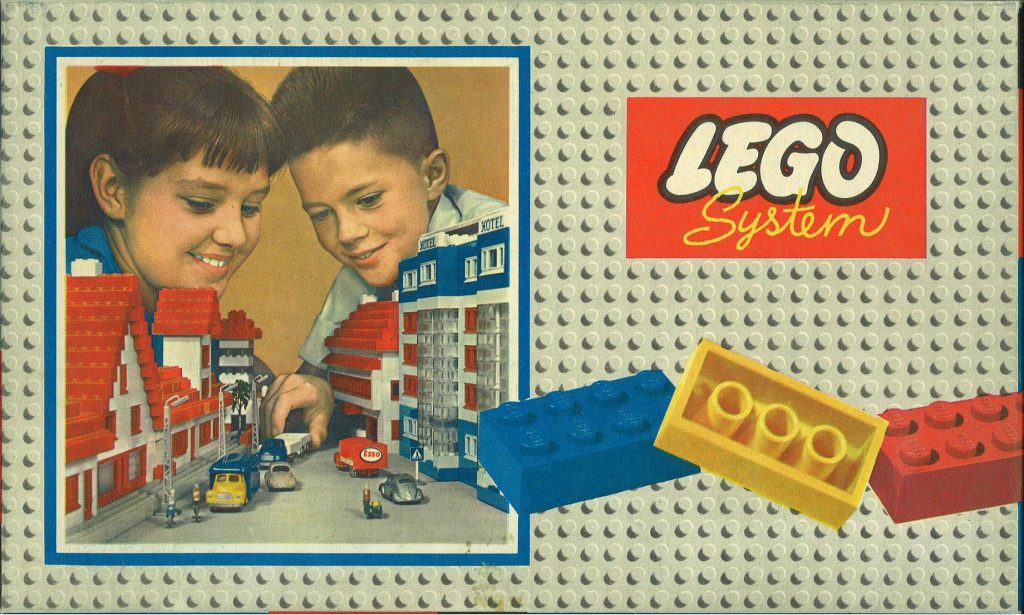 Today the LEGO brand value is estimated at $7.6 billion – LEGO by numbers

Over the past 88 years, LEGO has come a long way – from a small carpenter’s workshop in Denmark to a modern, global enterprise.

As of this year, LEGO ranks #1 in the Top 3 largest toy manufacturers in the world followed by Nintendo and Mattel, by sales and profits.

It was named “Toy of the Century” twice and is recognized by Reputation Institute as the most highly regarded company in the world when it comes to corporate reputation in 2020.

For 2019, the company’s revenue registers a 6% growth at $5.8bn and 69% return on invested capital. 25% of profit goes to the LEGO Foundation which brings learning through play to children in need.

1.8 million children across 26 countries play with LEGOs which parents can buy in 570 stores around the world.

Each year, the company’s portfolio grows by 60% with fresh new products, the latest of which blends augmented reality with building. LEGO management says “investing in fluid play – the intersection between digital and physical play – will continue to be a priority.” Aiming to add intelligence and behaviour to LEGO Play, the company initiates a visionary partnership with MIT Media Lab USA in 1984.

No matter how technologically advanced will the toys of the future be, LEGO’s main product is still the traditional LEGO brick. Just six two-by-four bricks can make 915 million different combinations. Kids are literally limited only by their imagination.

Building LEGOs is a way to strengthen family ties and for parents to spend time with their children.

It may come as a surprise to you, but adults love LEGO as much as kids. In fact, there’s a huge community of adult fans of LEGO or AFOLs as they call themselves. They usually gather together to discuss, host conventions and showcase their creativity.

Why do adults build LEGOs?

It’s the same as putting together a 5000 piece jigsaw – it’s a way to relax and pass the time. But compared to jigsaws, LEGOs develop the user’s creativity. When the construction is complete, adults don’t play with it, they take pictures and post them on social media for everyone to admire.

The AFOLs love LEGO and LEGO loves them back. They are a valuable group of customers and the company has found several ways in which to mobilize them: as brand ambassadors, as consumers of bigger purchases and as co-creators in the development of new products.

With 300 AFOL communities spread all over the world, LEGO has collected extended knowledge of their members. 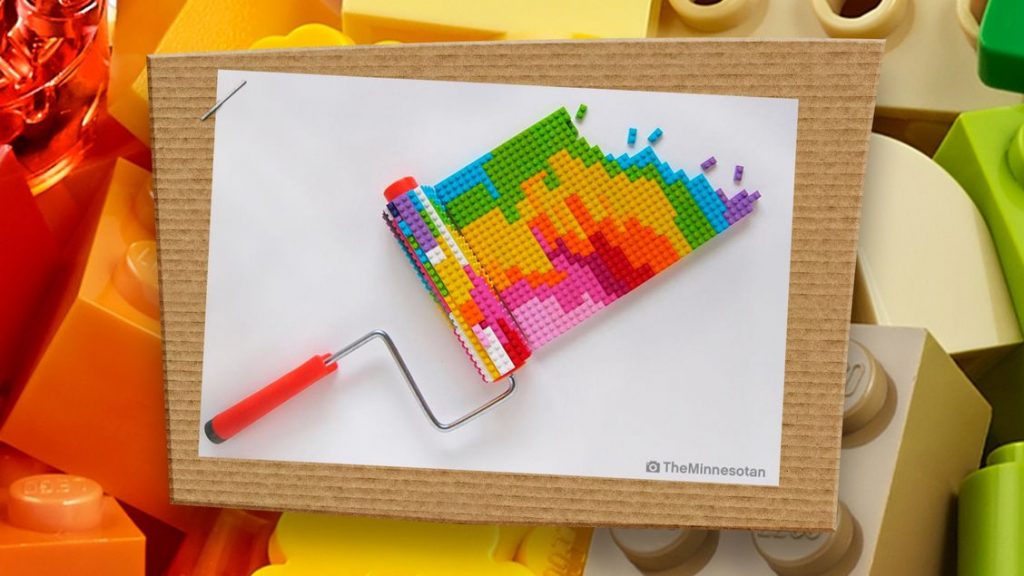 An example of a MOC by an AFOL

Growing in value like vintage cars, LEGOs are a good investment

Just like cars, art or wine, LEGOs become more valuable over the years. Maybe not every set but some grow by as much as 700%. 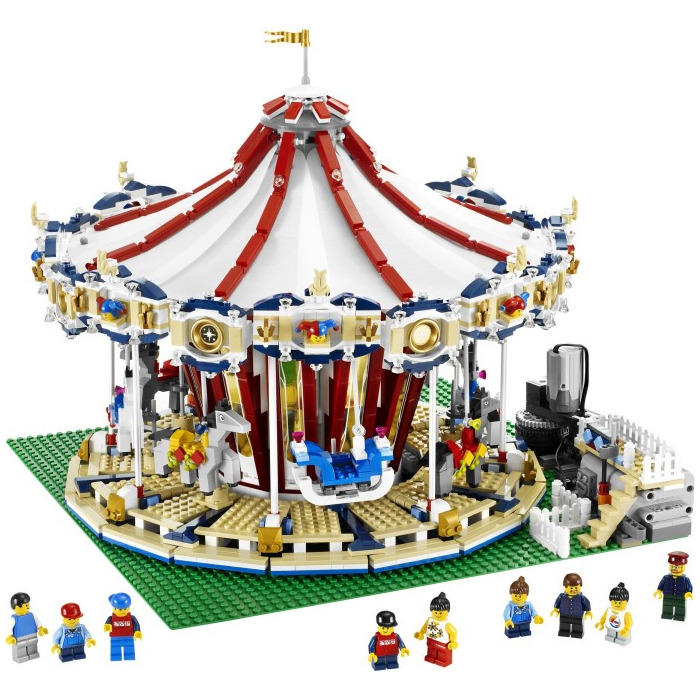 Last year in December, LEGO took a significant step to deepen its relationship with their adult fans and acquired BrickLink, the world’s largest online community of adult fans. The digital platform boasts 1.1 million members and features a marketplace, software and a Forum where fans can celebrate and share their creativity.

Today, the company is still a family business run by Ole’s grandson, Thomas Kirk Kristiansen as Chairman of LEGO A/S since February 2020.

The toymaker has had its own share of business difficulties which the company has managed to overcome by focusing on its mission and corporate values and embracing the online and the eCommerce.

In 2009, the LEGO Group was the world’s fifth-largest toy manufacturer in terms of sales; eleven years later, it has taken the lead.