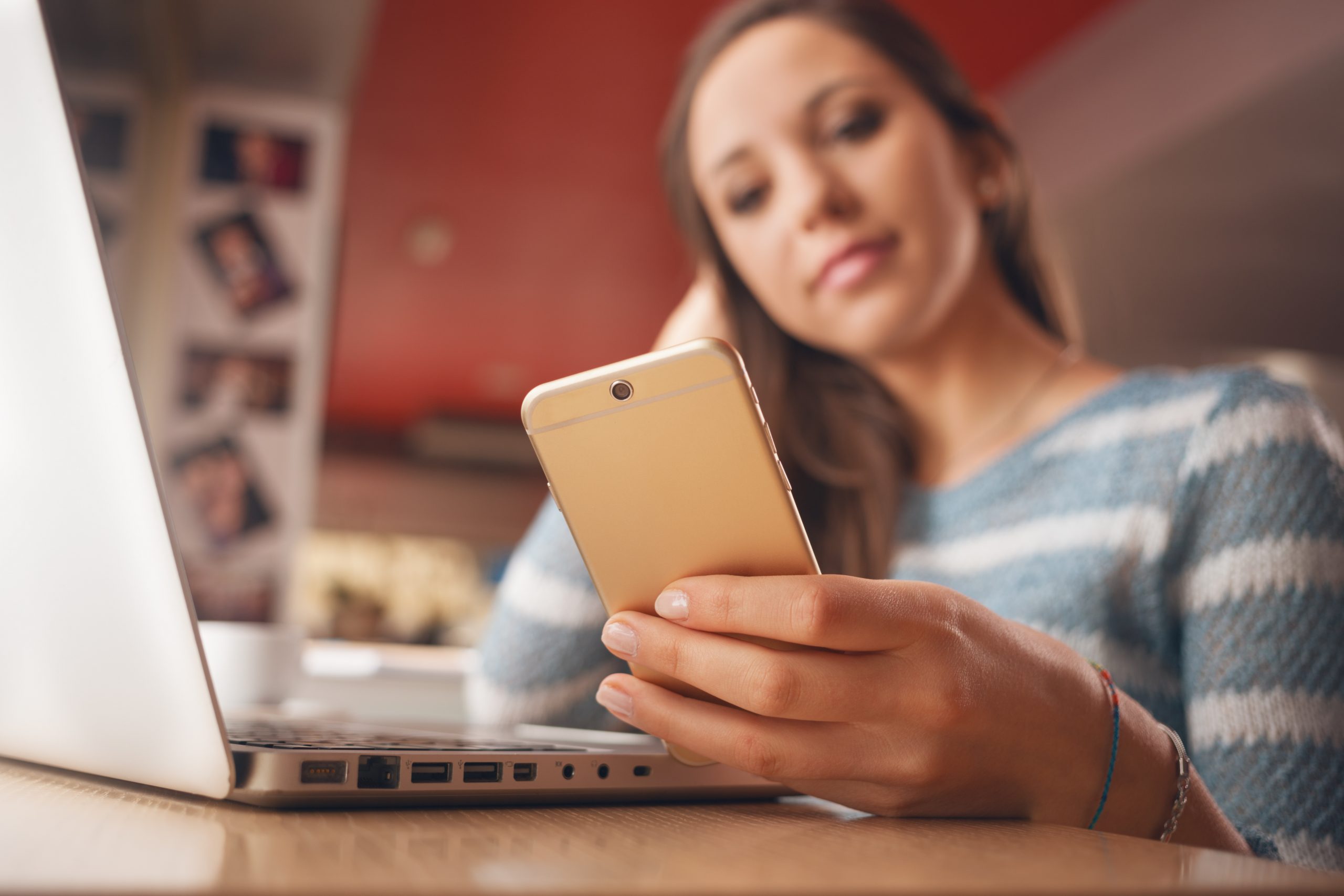 How much time people spend connected to their smart devices?

How much time people spend connected to their smart devices?

The short answer is all the time!

But what all the time means exactly?

Let’s dig in a little deeper!

The 2018 Digital Future in Focus report from ComScore shows very interesting statistics related to our smart devices usage and consumption.

Here are our main takeaways:

2. multi-platformers (mobile, desktop/laptop, tablet) remain a majority in most markets (46%), mobile only usage is 30% and desktop only – 24%; the countries that stand out is India (80% are multi-platformers) and France (60% desktop users)

3. multi-platformers consumption is still the norm, but mobile only is on the rise 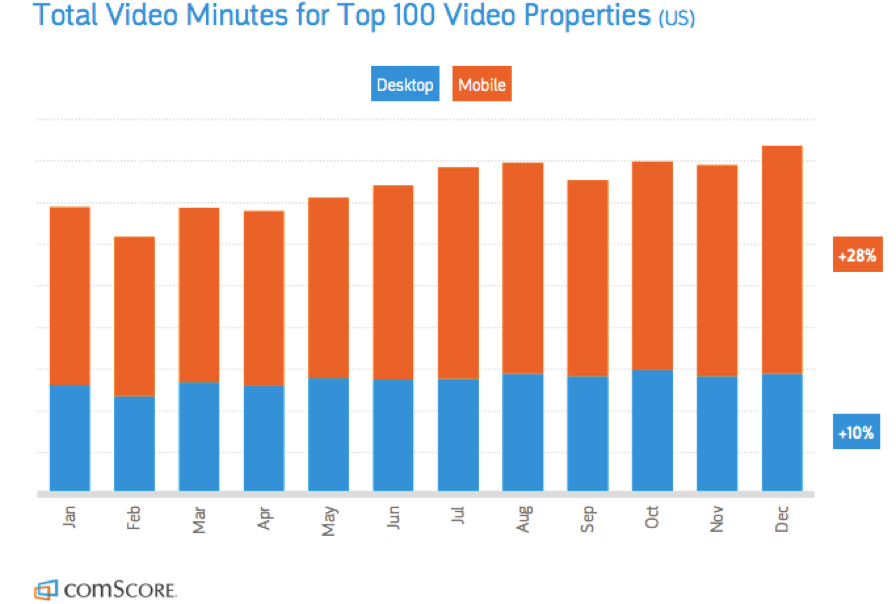 9. mobile-only audiences are now second only to multi-platform users 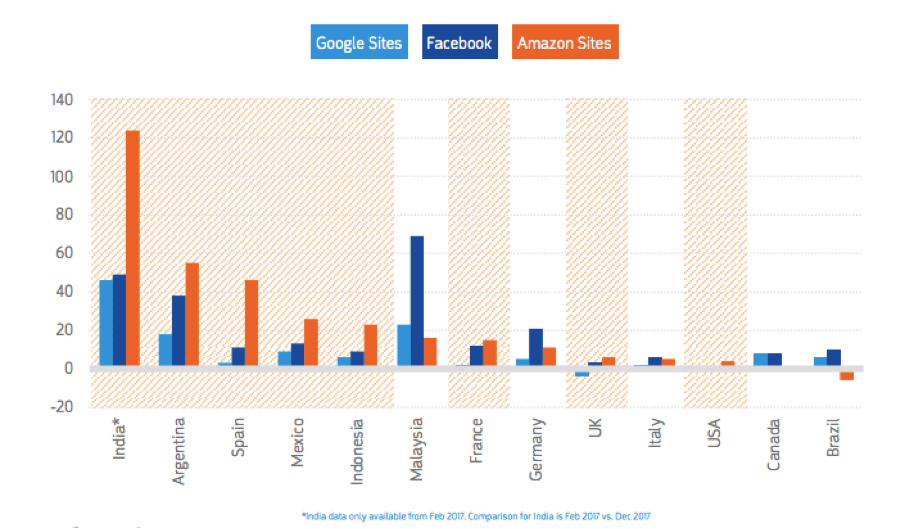 11. markets which have a mobile audience larger than its desktop audience: India, Indonesia, Mexico, Spain, Brazil, Italy and Malaysia 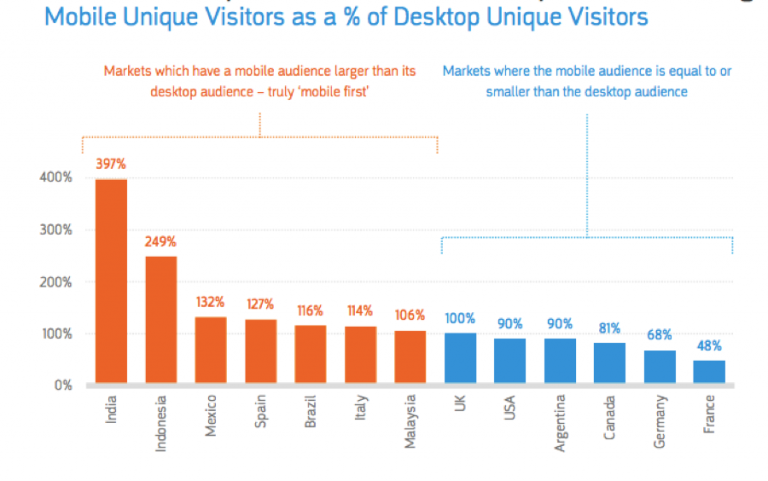 12. markets where the mobile audience is equal to or smaller than the desktop audience: UK, USA, Argentina, Canada, Germany and France

13. in the majority of markets, retail has higher proportional audience reach among mobile users than desktop, with Spain leading by 97,5%; at the other end of the spectrum, there are Germany, Italy and Malaysia where users access retail by desktop 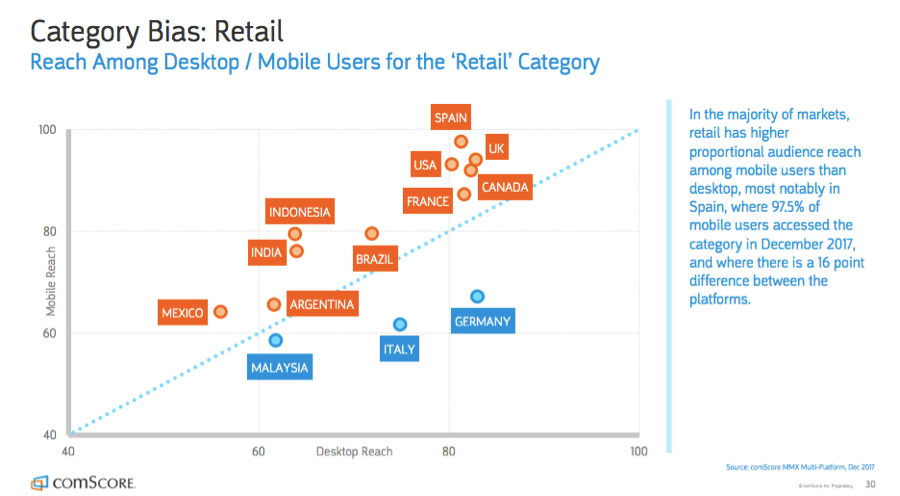 14. when it comes to news and information, 80% of users in all markets access this category by mobile, except Canada where 95% of users turn to desktop 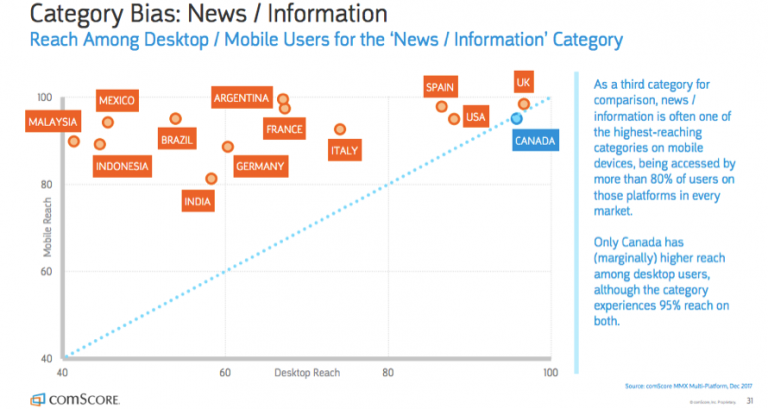 15. people use their app minutes for the following categories in this order: social media, entertainment, instant messaging and games 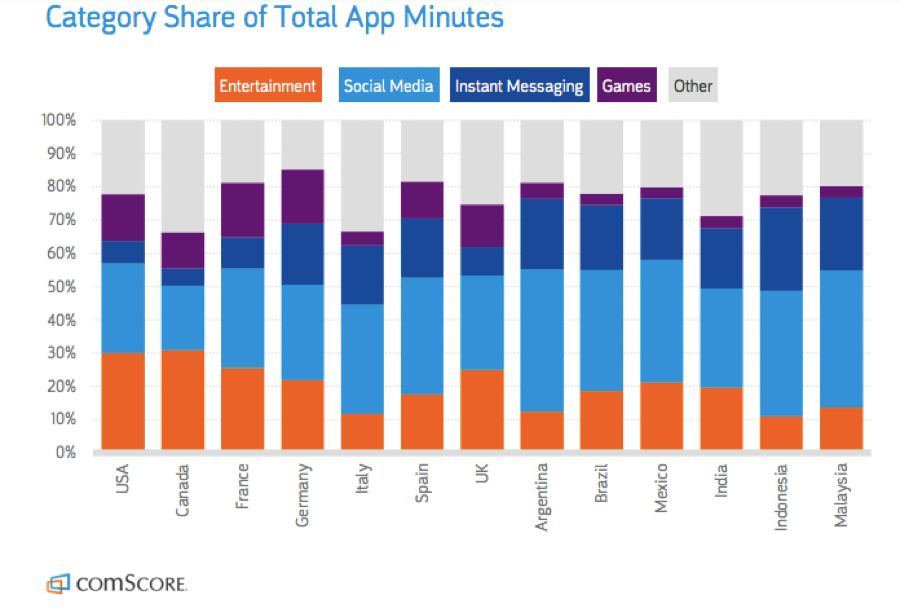 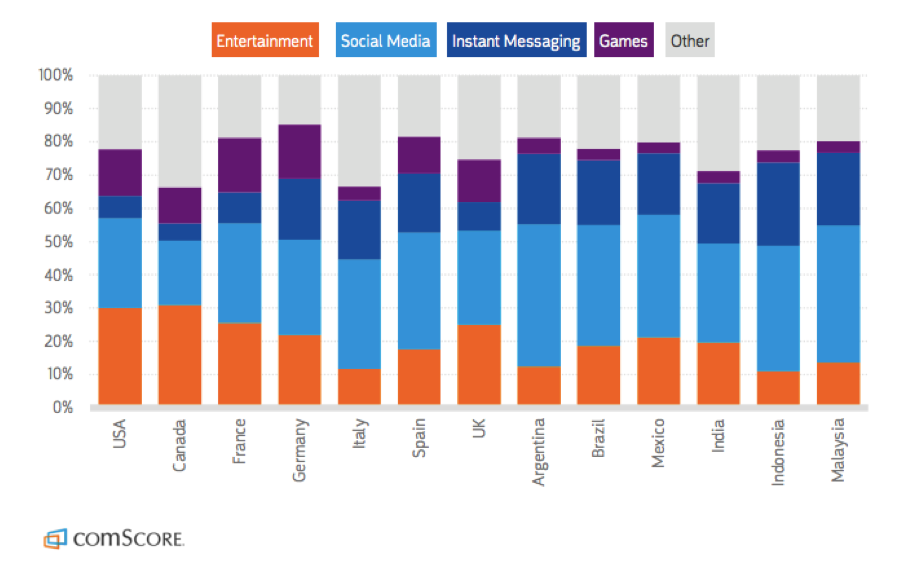 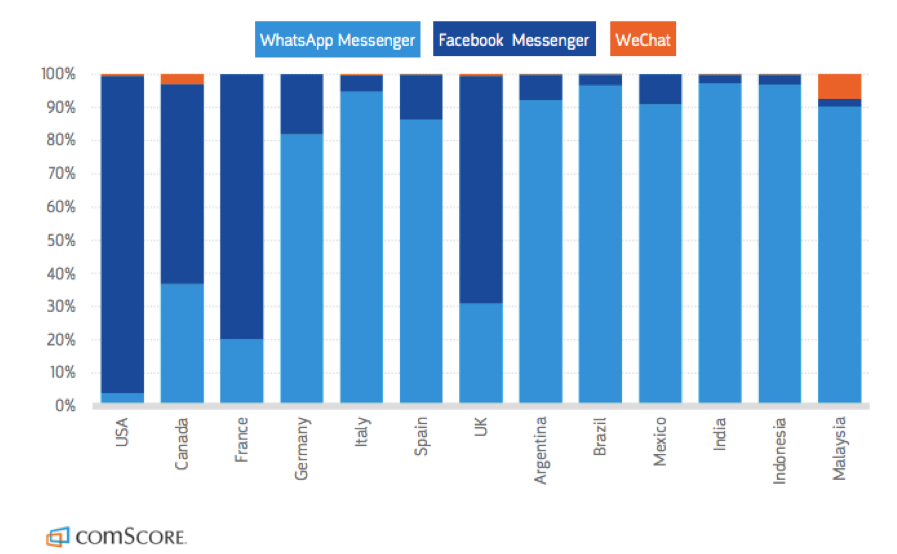