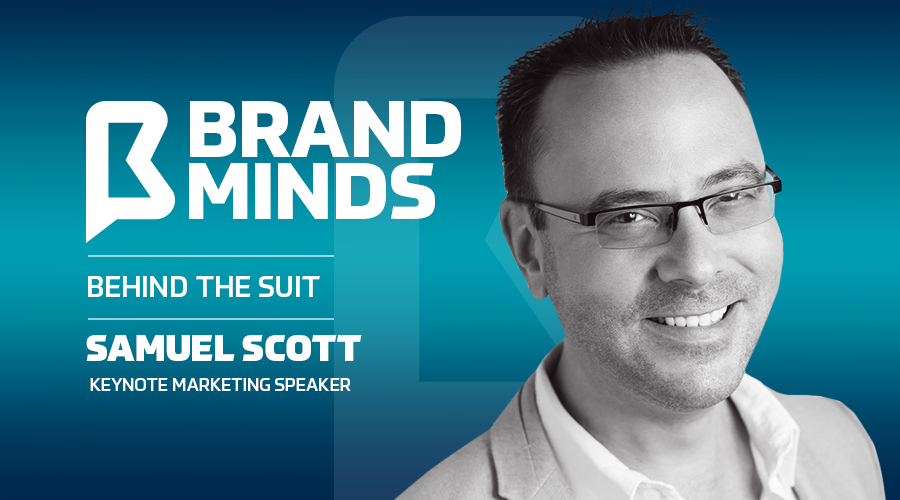 Meet Samuel Scott I Behind the Suit

A former newspaper editor and director of marketing in the high-tech industry, Samuel Scott is a professional marketing keynote speaker.

He has been speaking at various prestigious conferences, companies and events such as Facebook, Synergy Digital Forum, MozCon, BrightonSEO, Digital Copenhagen etc.

Samuel Scott is not your usual marketing speaker. His focus is on telling the truth about marketing tactics, strategies and trends which are all the hype but not supported by evidence.

Here are a few of the biggest myths in marketing that he is debunking in his speeches: TV and radio are dead, people want to have relationships with brands or ad tech cuts out expensive middlemen. We’ve all heard or read about them and Samuel Scott shows they are just not true.

Named a “noted contrarian” by Digiday, Samuel Scott has been featured or written articles in magazines which are known to set the tone for business, advertising and marketing: Fortune, Entrepreneur, TechCrunch, Adweek, Inc., Moz etc.

He is currently the writer of The Promotion Fix column for The Drum.

You are a former director of marketing in the high-tech industry. Instead of starting your own communication agency, you chose to become a marketing truth speaker. What determined you to take this path?

I have never had any professional speaking training. I have just always loved it. When I was a freshman in high school at age 15, I ran in the election for class president and gave a bombastic speech that got a standing ovation from the crowd. I won. My two passions are writing and speaking, so now I do what I love through my column in The Drum and work today as a keynote marketing speaker.

Your professional brand is focused on the truth regarding marketing. Do people want to hear the truth?

That is a very good question. There is a saying that “ignorance is bliss.” For some in marketing, it is the truth. People work in a bubble and accept mediocre results because they do not know any better. Most have not had any traditional marketing education or training. But thankfully, there are many more who want to hear the truth because they know that the marketing industry is full of meaningless buzzwords and people trying to sell something to other marketers. They simply want to do their jobs better — and rightly so.

Busting marketing myths and telling the truth can be a lonesome endeavour. Do you ever feel like Don Quixote de la Mancha?

Well, Don Quixote fought windmills. And we know how that story ended. But the more that I write and speak, the more I find that there are many marketers like me who agree with what I say even if they cannot always say it publicly. They talk to me all the time. There are more contrarians in the marketing industry than we realize.

How is your previous career in journalism supporting you to show your readers the truth?

The great thing about journalism is that — barring some significant exceptions — no one has an agenda. Journalists truly believe in researching, questioning, and writing the truth as best as they can. I saw it for years in my first career. In the marketing industry, however, most everyone is selling something. It might be consulting or a book or a software product. Most people who discuss marketing have an agenda. I do not do consulting. I have not written a book. I do not sell software. I make my living only by researching, writing, and speaking, so I have the luxury of saying exactly what I think. 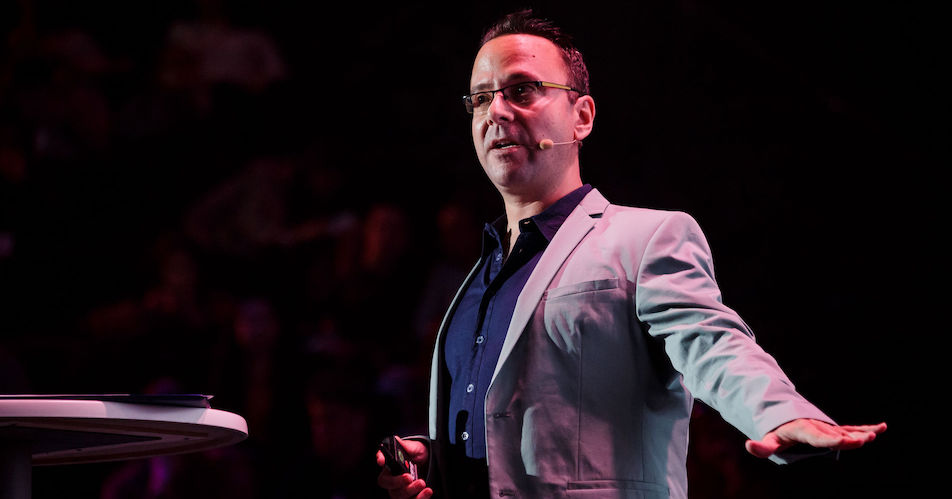 Name one good habit that helps you live your active life.

Get away from the Internet. Yes, it’s hard — even for me. But I recommend that everyone take at least one day every week to shut off their computers and social media and phones and do nothing on the Internet. Go visit friends and family. Write actual letters. Read an actual book. Take a walk. Exercise. I really think that the nature of the Internet, which has been built to be intentionally addictive, is killing us.

Name one bad habit you would like to quit.

The same. I do not take as much time away from the Internet as I would like.

If you could be anything else but a marketing truth speaker, what would you be?

A professional tennis player. I was on the tennis team in high school and played a little in college, but I have not picked up a racket in probably 15 years. I should do that again.

What is the favourite movie of the man named “a noted contrarian” by Digiday?

This has nothing to do with marketing, but one of my favorite films is an independent cult film from the mid-1990s by Noah Baumbach called “Kicking and Screaming.” It depicts a group of recent university graduates who do not want to grow up. The writing is crisp and intelligent, and one of the main stories shows a relationship in reverse from the breakup to the very beginning. It is a film for art house geeks and not mindless buffoons. And it reminds me of the 1990s before the world went to hell in the 2000s.

Tell us your favourite book. What’s the best thing you learned from it?

There is a popular American children’s book named “The Phantom Tollbooth.” It’s entertaining to read as a child, but it’s great to read again as an adult. The book shows the importance of learning and education in a world that constantly tries to deceive people. The main character literally has to rescue princesses that are named Rhyme and Reason. (It’s a pun on an idiom in English.)

Name the most important value that you believe in.

Truth. It is the cardinal virtue of journalists. We accept that government and corporate spokespersons will spin the issues to make their bosses look as good as possible. But we do not accept whenever they blatantly lie — defined as intentionally stating something that is factually untrue. Two plus two will always equal four. If a journalist finds out that a spokesperson lied, he or she will never trust that person again. The same is true in marketing. For example, I see countless people claiming that TV is “dead” because they are ignorant of the facts or are selling something. Well, as I reported in a column for The Drum, television is far from dead when you look at the objective facts and market data.

If you could compare your career as a marketing truth speaker to a novel what would it be?

I would have to say The Lord of the Rings. The story is a journey of unlikely people who take it upon themselves to do something good, endure constant setbacks along the way, and eventually win.

I will not lie, the life of a professional speaker is not easy, especially when you are a contrarian and not a feel-good motivational speaker who spouts things without a practical foundation. It’s not always glamorous. It can be very hard. But I believe in what I do, and it gets better every year.

Tell us the best experience you had since speaking the truth about marketing.

Whenever I give a talk that exposes the myths in marketing, I always have people quietly coming up to me later or contacting me after the event to say that they really appreciated what I said. They are so thankful and say that they wish more people would say what I do. Every time this happens, it makes me happy because it’s the best example of my goal to combine my journalistic and marketing experience to help people.