Michio Kaku is one of the World’s Top Scientists speaking LIVE at BRAND MINDS 2020.

It’s a warm Monday afternoon and a dark-haired boy watches the evening news in flickering black and white images with his family in Palo Alto, California. A famous scientist had died the day before and the media channel has put together a short video covering the highlights of his life. While the anchorman announces the news, footage of the scientist rolls on the family’s small TV set. The video ends with a snapshot of the scientist’s desk where lies his unfinished manuscript, the anchorman says.

The year is 1955, the scientist is Albert Einstein and the manuscript – The Theory of Everything. 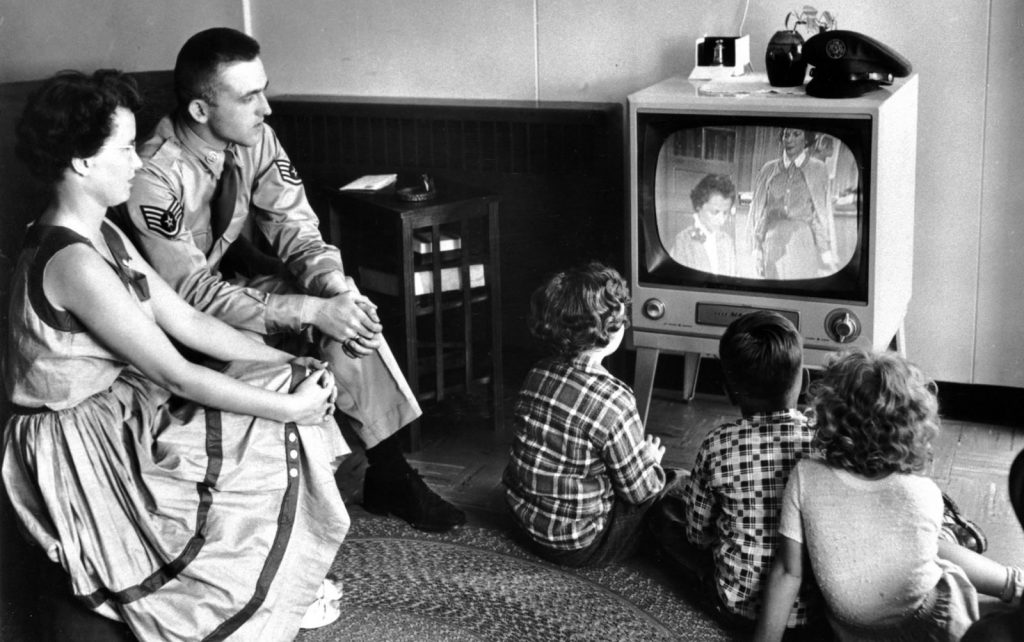 The eight-year-old boy’s name is Michio Kaku and later on, he would vow to finish Einstein’s work and find the equation which would allow us to “read the mind of God”.

One of the Greatest Minds of Our Time

A theoretical physicist, bestselling author, acclaimed public speaker, renowned futurist, and popularizer of science, Michio Kaku is one of the greatest minds of our time.

His passion for science manifested in early childhood

His family nurtured his natural inclination by taking him to university libraries to study. He would look up books on subjects like the fourth dimension, antimatter, parallel universes. The problem was – there were no science books for children.

And that’s when he took his second vow:

When I grow up and become a professor of theoretical physics and I work out the unified field theory, I want to write for myself as a child.

Not having books to read from didn’t stop high-school student Michio from building experiment projects.

To participate in the National Science Fair, he assembled a particle accelerator in his mother’s garage – his goal was to produce antimatter.

The machine earned the young science prodigy the attention of Edward Teller, the father of the hydrogen bomb who offered him the Hertz Engineering Scholarship. 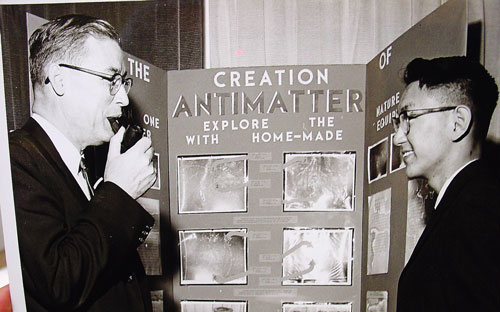 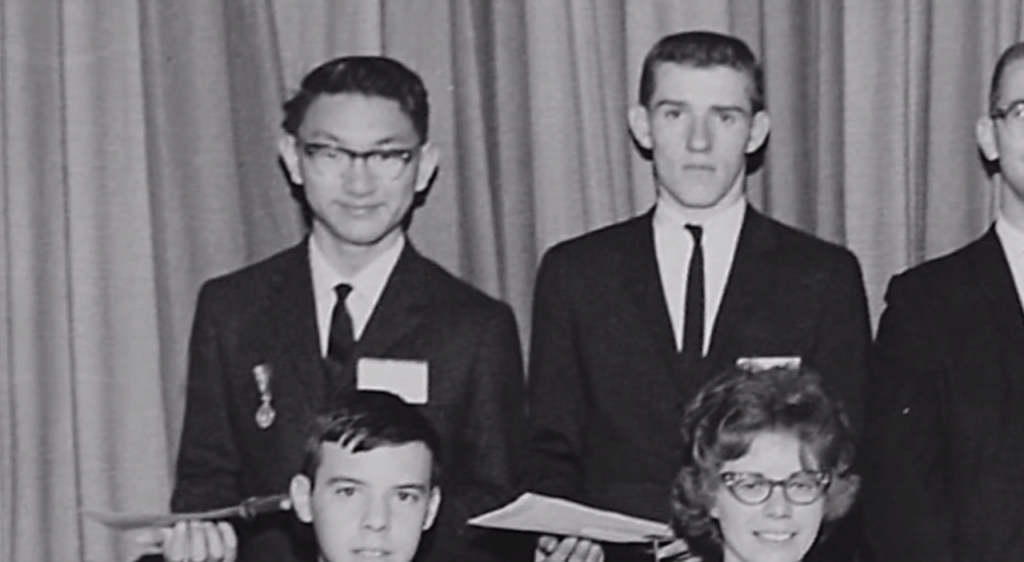 An influential figure in the science world

He received his PhD in physics from the University of California at Berkeley in 1972 and been a professor at CUNY for almost 30 years.

He has taught at Harvard and Princeton as well.

His PhD level textbooks are required reading at many of the world’s leading physics laboratories. 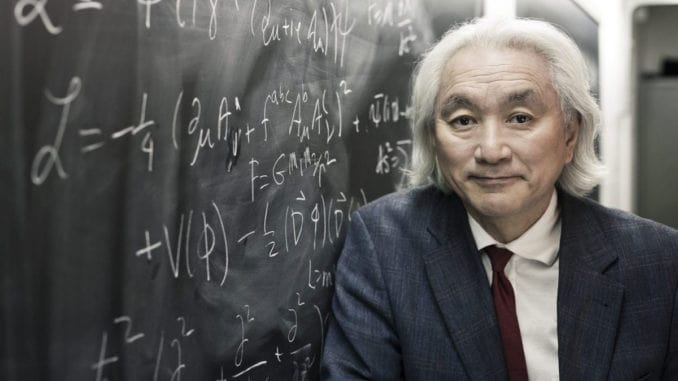 Changed the world of physics – The String Field Theory

Dr Kaku is an internationally recognized authority in two areas. The first is Einstein’s unified field theory, the other is to predict trends affecting business, medicine, finance, and our way of life, based on the latest research in science.

Michio Kaku is the co-founder of The String Field Theory which he believes is the Theory of Everything, the solution which Einstein was looking for when he died.

What about the universe and the mind of God that Einstein was attempting to reach?

The universe is a symphony of strings and the mind of God is cosmic music resonating through eleven-dimension hyperspace.

The “next Carl Sagan” – Worldwide Media Figure and Popularizer of Science

Dr Kaku lived up to the promise he made to himself when he was young: not only did he write books about science for everyone to read, but he became a worldwide media figure and popularizer of science.

His extensive efforts to make science available for all is the reason why many refer to him as the next Carl Sagan, the science communicator and popularizer par excellence. 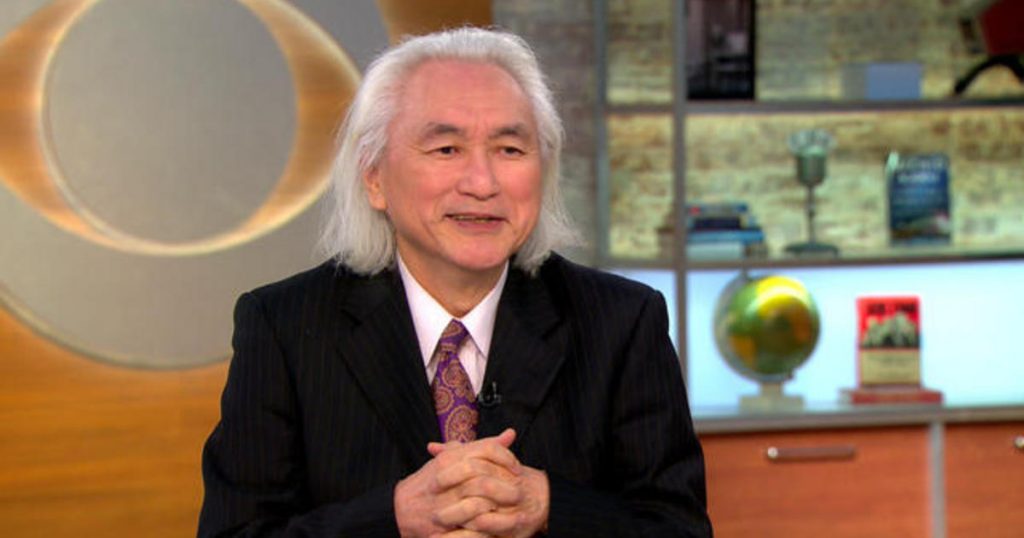 Over 100 shows on Television, Film, Radio

In the past twenty years, Dr Kaku has been featured in science specials on television, film and radio: the Larry King Show, the David Letterman Show, PBS’s Steven Hawking’s Universe, Science Odyssey, and Einstein Revealed, the BBC’s Future Fantastic, Parallel Universes, Channel 4’s The Big G: the story of gravity, the Discovery Channel, the History Channel’s Universe series and biography of Einstein, and many science documentaries.

He was featured in the full-length, 90-minute feature film, Me and Isaac Newton, which was nominated for an Emmy in 2001. He was profiled in Tech-TV’s Big Thinkers series.

He has spoken on over 500 radio stations around the country. 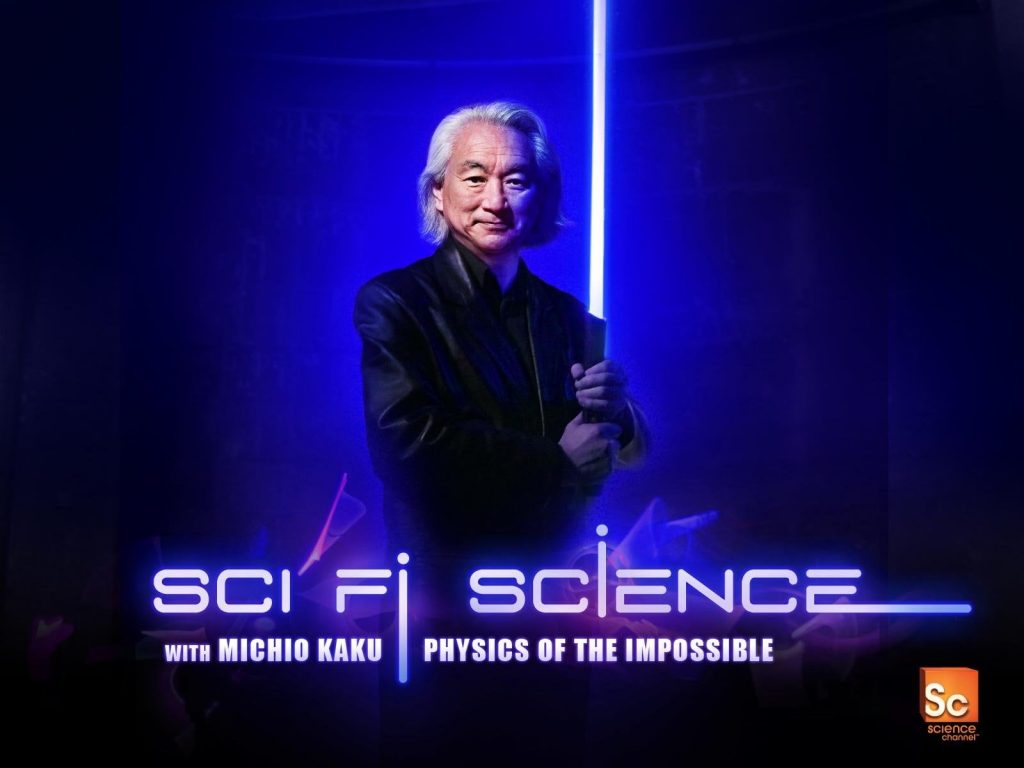 His YouTube channel named humorously Cuckoo for Kaku has +70.000 subscribers.

The futurist has published 104 videos in the last three years with 5-7 new videos every month.

In his videos, he tackles various hot topics like designer babies, jobs of the future, epigenetics & evolution, rise of the robots, black holes etc.

A visionary in his own right, Dr Kaku is one of the first public persons to establish his presence on Facebook as early as 2009. To put this into perspective: in 2009, Facebook was five years old and had just activated the Like button.

Now his page has almost 3 million fans; the scientist keeps his fans informed by sharing the latest discovery news in astrophysics, his media appearances, various interviews and Facebook Live sessions.

Here he found a creative way to engage his followers: he invites them to answer his science riddles.

Riddle 102: Where on the surface of the earth is it easiest to find meteorites?

In particular, he has keynoted for major corporations, many of them controlling hundreds of billions of dollars in investments, including:
Google, Microsoft, SONY, Hewlett-Packard, HSBC Bank, Morgan Stanley, Siemens, Walt Disney etc. 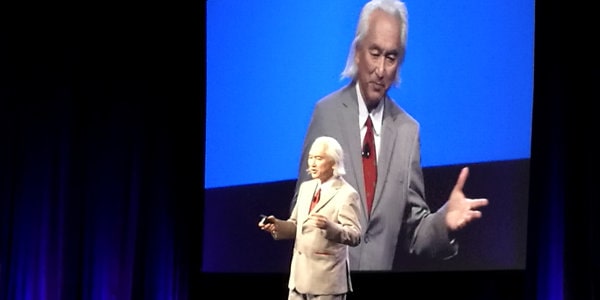 Michio Kaku speaking at the 2017 Hitachi NEXT Conference in Las Vegas / howwemadeitinafrica.com

Join BRAND MINDS 2020 – The Growth Weekend on September 25th and watch Michio Kaku speak about The future of science!