SpaceX Rockets Are Vital To The Future of Humankind. Here’s Why

SpaceX rockets will play a vital role in the future of humankind. We will evolve as a species thanks to the amazing rockets built by Elon Musk’s space company, there’s no doubt about it.

Read on to find out why.

Humans cannot survive on Earth indefinitely. We will go extinct if we do not become a spacefaring species.

Elon Musk founded SpaceX in 2002 with one mission: to enable humans to go to Mars thus becoming a spacefaring civilization.

Spacefaring: having vehicles capable of travelling beyond the Earth’s atmosphere (Merriam-Webster)

When Elon Musk told people he had decided to enter the space industry business, they told him he was crazy and laughed at him.

But to make his dream come true, he knew he the key to getting to Mars was the reusability of rockets. So that’s what he set out to achieve.

We reuse cars, we reuse planes, trains etc. Think of it: what if cars were of single-use? Would you have enough money to buy a new car every time you needed to drive someplace?

That’s why space programs are so expensive. Each Space Shuttle mission cost the US over $1 billion. Reusability is an economic principle but it wasn’t applicable to rockets until 2017. In the last decades, the US put its space program on pause due to its rising costs.

What does rocket reusability mean?

It means firing a rocket into orbit, launch a payload into space, bring the rocket down to land vertically, clean it, refuel it and send it back to space. It’s an incredibly complicated task from an engineering point of view. No other rockets in the history of human spaceflight ever achieved this. All previous rockets fired by NASA during the 1960s space program crashed into the ocean.

Right now it costs $60 million to launch a rocket. If we could re-use a rocket a thousand times the price goes down to $60K. Spaceflight would stop being expensive and walk into a new stage: commercial spaceflight.

Vertical landing and reusability – a first in spaceflight history

To reuse a rocket first you need to have the rocket land vertically. Landing a rocket vertically on the ground after it’s been in space had never been done before. Falcon9 landed on the ground successfully in 2015.

In 2017 SpaceX achieved the world’s first reflight of an orbital class rocket when the Falcon 9 returned to Earth for the second time.

It was an incredible achievement, a feat of engineering on its own! It’s the first step towards fulfilling Elon’s dream of establishing a human colony on Mars in his lifetime.

There are a thousand ways a rocket could fail and one way that it could succeed.

Watch Falcon9 land after its second trip to space:

Rockets reusability ushered in many benefits:

Falcon 9 achieved vertical landing on Earth and paved the way for rockets reusability. It was time for SpaceX to go to the next level.

The Falcon Heavy has the ability to lift more than the weight of a 747 jet loaded with passengers, crew, luggage and fuel.

The rocket is fitted with two reusable boosters and increased payload capacity making it the only vehicle able to transport the huge amount of supplies needed to establish a colony on Mars. 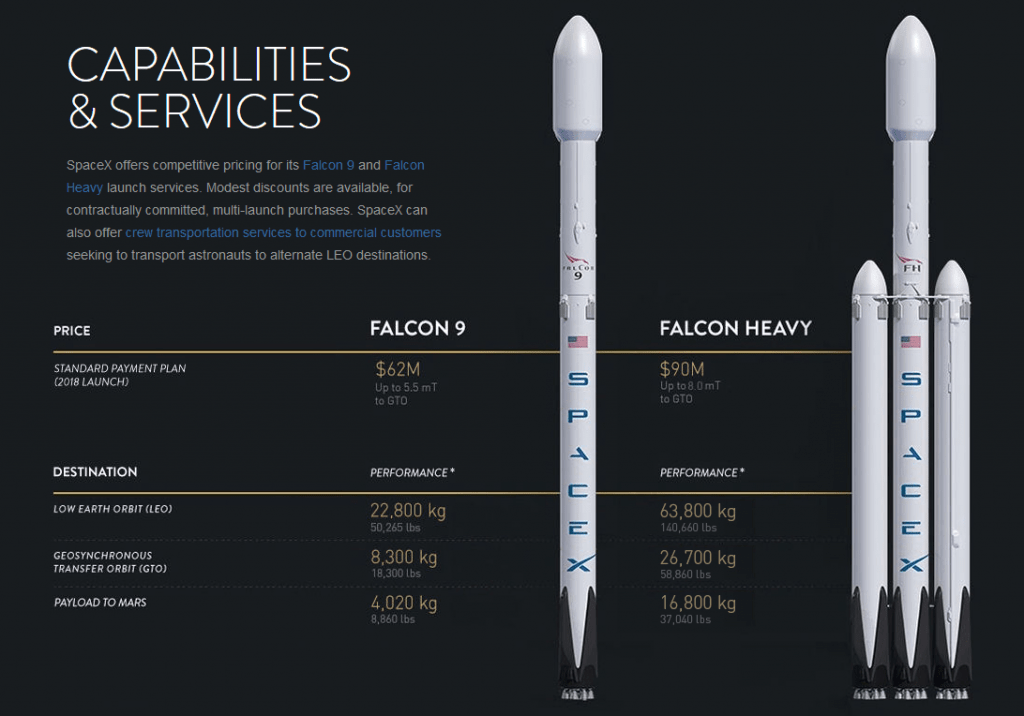 I see no better way of ending this article than to invite you to watch the vertical synchronous landing of Falcon Heavy’s boosters, an engineering feat previously deemed impossible:

Did you get goosebumps?

Elon Musk: from living on $1/a day to building a spaceship company