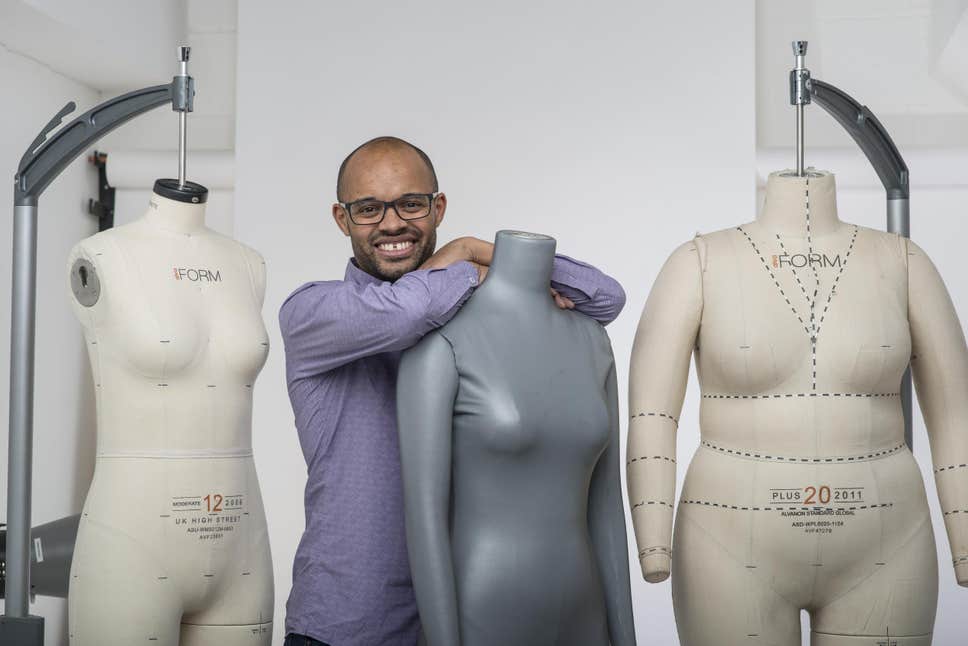 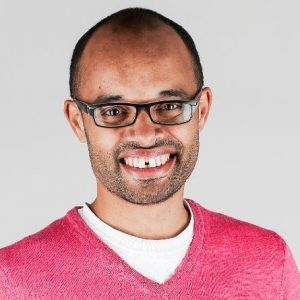 Tom is the founder of Metail®, virtual fitting room service for fashion retailers.

Metail® is a disruptive fashion/tech company whose mission statement is “Making clothing fit for all”​. The company was awarded The Hottest FashTech Startup at the 2019 Europas Awards. This summer Metail® was acquired by their largest investor, the Hong Kong clothing manufacturer TAL.

In 2018, Tom was named amongst “Ones to Watch” in Top 50 Most Ambitious Business Leaders, supported by The Telegraph.

I reached out to Tom and invited him to share with us the most important moments in his entrepreneurial journey.

[bctt tweet=”Tom Adeyoola: This was the lightbulb moment. If I could harness bleeding-edge computer vision, I could find not only the route but the IP edge to deliver a world-beating startup to help make clothing fit for all.” username=”brand_minds”]

1. You founded Metail® eleven years ago. What were your thoughts setting out to build a successful company?

I had been the Head of Gaming Product Development for Inspired Gaming Group where I had taken a product from concept through to 70% market penetration in the UK in 18 months and then scaled it internationally, so was ready to move on to building my own business.

I had also worked for 5 startups after leaving University (Sportal, 3, MarquisJet, Bussetti (managed this band), Inspired Gaming Group), so had seen a lot of success and failure and hopefully had learnt enough to plot a course to success.

Having resolved myself to start my own business it became a question of what and coming to the answer took a year. I had started a monthly ‘Monday night club’ to brainstorm ideas with like-minded friends, but it was not easy to come up with ideas which I felt were big enough, disruptive enough or where I felt I could generate the necessary edge to succeed over American equivalents who could likely raise more money.

As an economist, I also loved big systems and how they worked. Being able to solve major challenges and disrupt is what drove me and in the end, I was quite surprised by where the inspiration to start Metail® came from. It came through a combination of two things.

Firstly from watching my wife’s struggles to find clothes that would suit and fit one day whilst out on a shopping trip and realising that things were no better online. On a holiday to Vietnam a month later we both had some clothes tailor-made in Vietnam and I wondered why we had to travel halfway across the world to get this service experience at a reasonable price.

Whilst this question swirled around in my mind, it wasn’t until I met Professor Roberto Cipolla at Cambridge University that I saw the technology route to then solving the online clothing fit problem.

I had reached out to Professor Roberto, a global expert in computer vision, whilst trying to create the world’s first virtual blackjack/baccarat casino game using cameras to recognise cards as they were being dealt in a casino to enable remote players to play in real-time. He had invited me in to meet him and showed me all his research work, which included going from photos of Antony Gormley to 3D accurate representations.

This was the lightbulb moment. If I could harness bleeding-edge computer vision, I could find not only the route but the IP edge to deliver a world-beating startup to help make clothing fit for all.

R&D and IP were where I was going to focus our efforts to deliver our differentiation. Hence we ended up building our tech team in Cambridge, which included 11 PhDs, generated over 20 granted patents and built a successful collaborative relationship with Professor Roberto.

2. Metail® is a virtual fitting room based on machine learning and 3D visualisation technology.
What challenges did your team encounter while developing the platform?

The core challenge was that we had to build everything from scratch and a lot more of the infrastructure from the ground up than I anticipated.

Academic research shows you that things are possible, but then building something that works and is production-ready takes 3 times longer again and requires a particular skillset of people to execute.

In the early days, we even had to build our own virtual server platform because there was no commercially available cloud service that would allow you to specify the GPU component.

Running our services on the CPU would take 30 times longer and also, therefore, be 30 times more expensive. Eventually, with the explosion of the market after 6 years we were able to transition to an AWS that allowed us to scale more easily globally on cloud GPUs.

However, after building an exceptional technical and R&D team, the development challenges paled into significance when it came to commercial challenges. 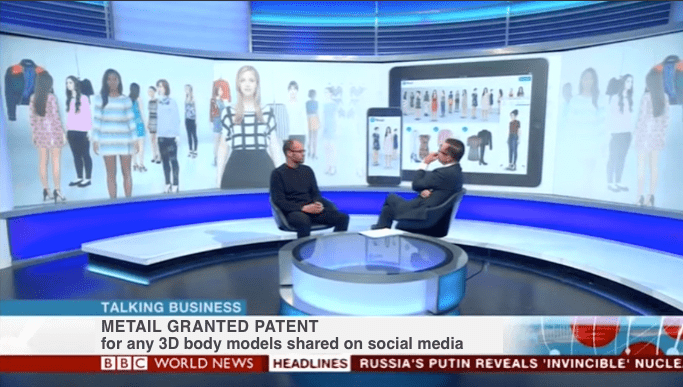 Even after 11 years Metail® was still ahead of its time, in particular, because the challenging market for clothing retailers has meant that they have been in a perpetual cost-cutting mode rather than an investment one due to the declining market: in the UK apparel sales have been declining at a rate of 2% per year as spend has shifted into other leisure activities.

Consequently, we had found ourselves in the situation of having a longer time horizon than potential clients and having to cherry-pick on the basis of whether we believed the company and team would be around in 12 months. More often than not, they weren’t.

[bctt tweet=”Tom Adeyoola (founder of Metail): There is no bigger challenge than saving the planet.” username=”brand_minds”] 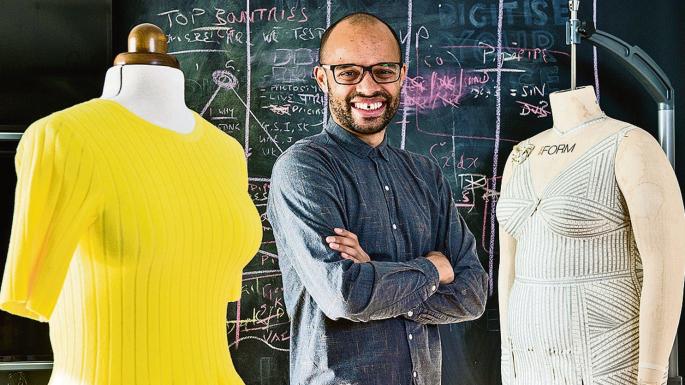 From a personal perspective, I intend to take on a few Non-Exec roles (already taken on one for a zero-carbon monitoring consultancy) and get involved in positive societal and climate change projects between now and the new year at which point I aim to go full bore on a new venture.

The new venture is likely to also be in apparel and will attack many of the fundamental supply chain challenges required to deliver a climate positive sustainable apparel industry.

However, it is also likely that I will work on a portfolio of ventures all with a focus on ensuring there is a hospitable planet for my kids and our future generations to live on.

There is no bigger challenge than saving the planet.

The Story behind the Brand: L’Oréal