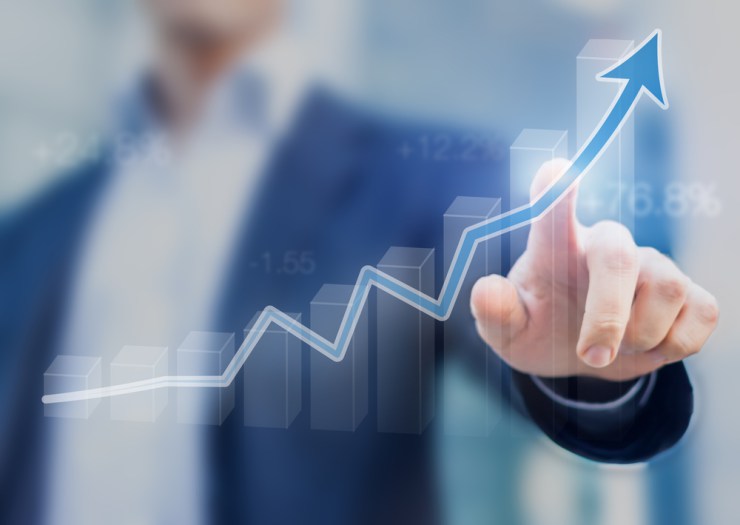 Video On Demand and Its Impact On the TV

The most recent research from the Video Advertising Bureau (VAB) shows that live TV is still king, with the majority of viewers watching their favorite programs live, rather than time-shifting, or watching them after they’ve already aired. According to AdWeek, the report also found that 81 percent of viewers who binge video-on-demand (VOD) programming say they can view it at a time that is convenient for them. As a result, VOD ad impressions increased nearly fourfold, to 23.3 billion in 2017 from 6.3 billion in 2014. 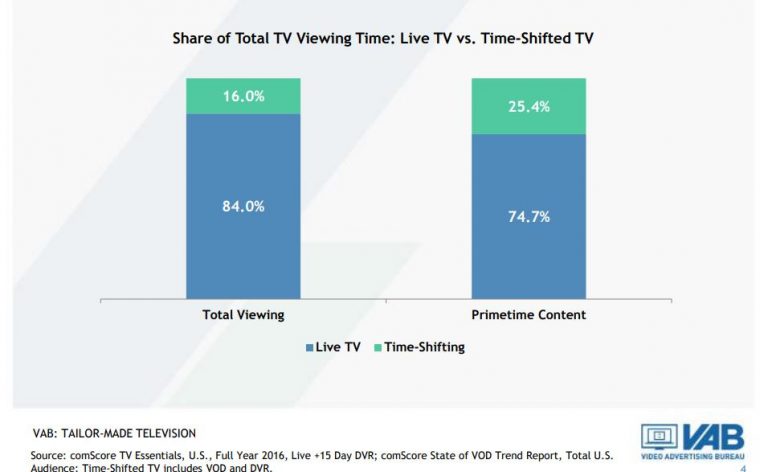 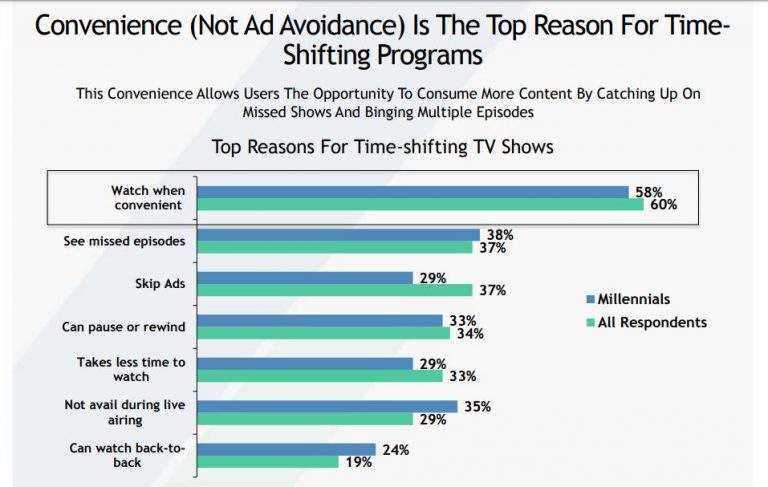 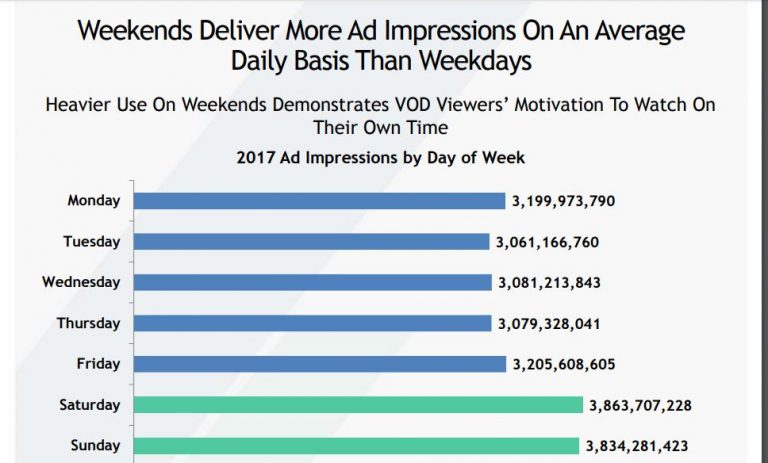 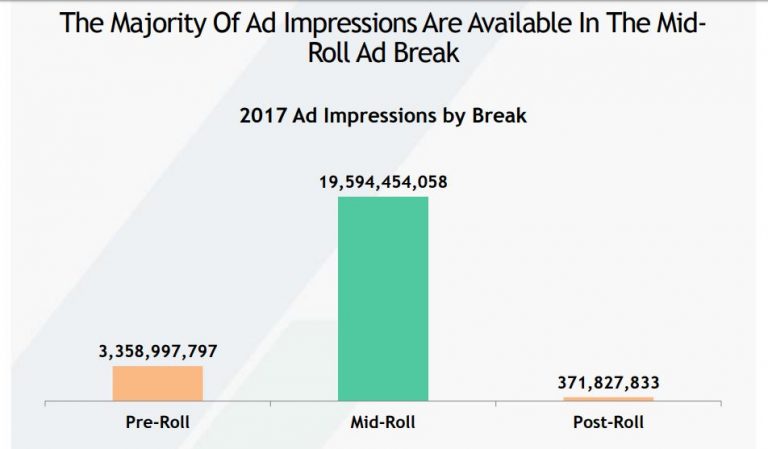