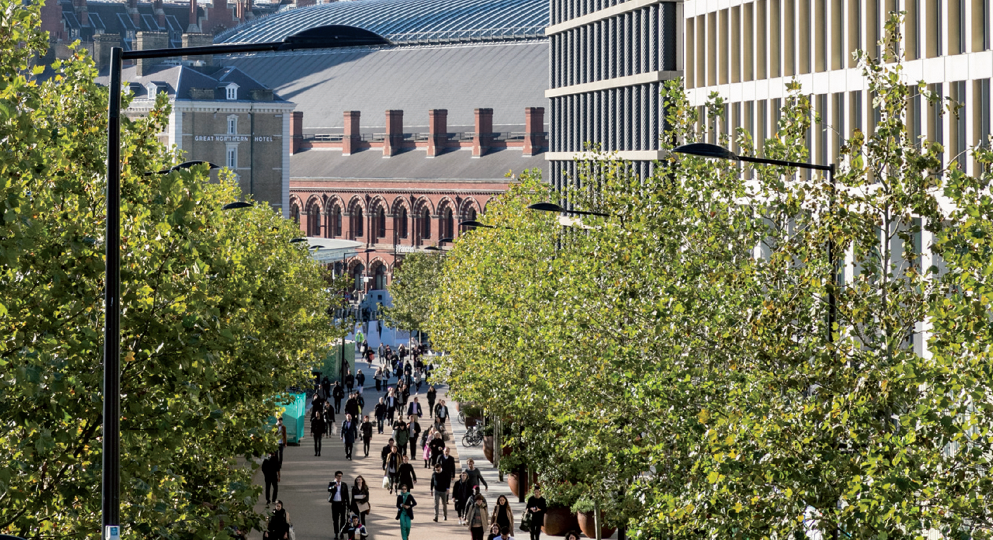 The Institute presented the new collection of the organizers and cultural spaces, creative workshops and stores in Bucharest’s Creative Quarter, through a map that will be delivered in 5.000 printed copies.

The initiative highlights Bucharest’s creativity and cultural effervescence, focusing on one of the most vibrant and well-connected areas of the city. The project brings together creative businesses, artists, organizers and cultural institutions in order to develop the right conditions for creation, production, distribution and entertainment.

The map reunites 82 interest points that have been identified and mapped through a process of vast documentation that had the purpose of establishing a foundation for the creative network that will bring together the particular visions in the coherent development of the area. The interest points were grouped taking in consideration the spaces’ functions in: 8 art galleries, 27 workshops and creative studios, 20 pubs, 2 museums and 2 universities, 12 spaces dedicated to the scene’s arts, 8 stores and 3 public interest spaces for the users of the first edition of the Creative Quarter map.

In the context of the Bucharest’s novelties, we took a look at some of Europe’s  most interesting Creative Quarters:

Moreover, urban developers Knight Dragon has announced that it is creating London’s first ever purpose-built district for the creative industries. The Design District will be located in the heart of Greenwich Peninsula and will provide a permanent base for over 1,800 of London’s creatives in a range of architect-designed workspaces at affordable rents. The regeneration plan will see a complex of 16 custom-made buildings built next to the O2 Arena and North Greenwich tube station on the Greenwich peninsula that will create a wide range of workspaces for creatives from workshops to artists studios and flexible desk space. 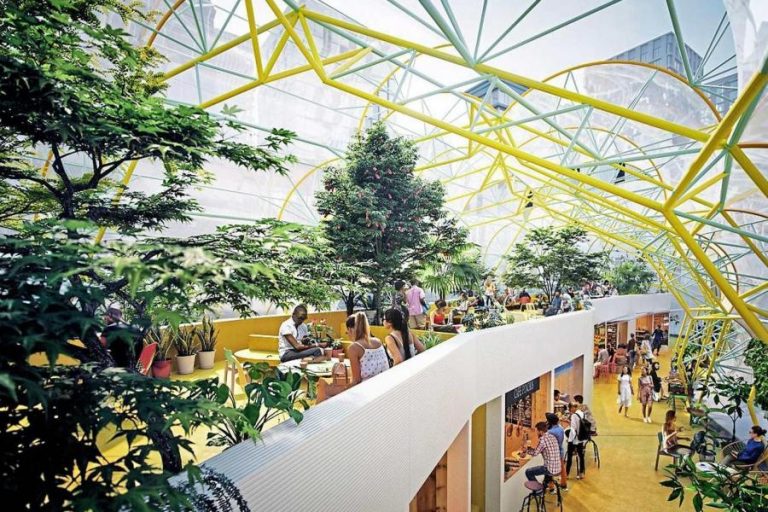 “The creative industries have always been part of the lifeblood of London and the engine room of its current and future success story, whether it is fashion, art, music or theatre. The fact that we’re building something new and shiny does not make it sterile. Most creatives want a nice clean, safe space in a cluster but want it at an affordable level,” said Richard Margree, chief executive of Knight Dragon, for “Evening Standard”.

The Creative Quarter is one of the neighborhoods that has emerged stronger than ever through the last several years of recession in Dublin. You’ll find Irish design, Irish food, and lots of Irish people doing their shopping and meeting friends. 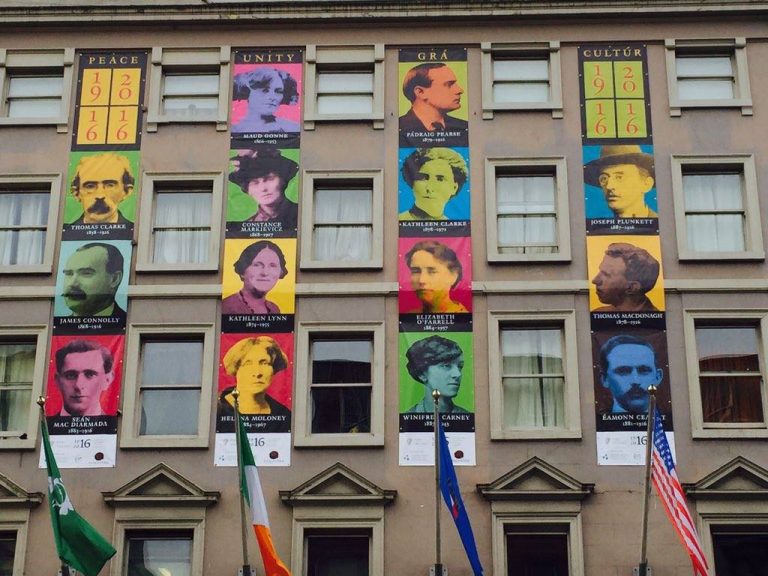 Dublin’s Creative Quarter is a hub of creativity, innovation and design, with plenty of exciting places to see including the Powerscourt Townhouse Centre, The George’s Street Arcade and meandering Wicklow Street. “The area dates back to the 18th Century and in 1881 Dublin’s and perhaps the world’s the first purpose built Victorian Shopping Centre, called the South City Markets was constructed.  This beautiful red-brick listed building still attracts crowds of shoppers,  under the new name of the George’s Street Arcade. In the surrounding streets there is eclectic mix of artisan boutiques, galleries, cafés & restaurants and creative businesses.  Dublin’s Creative Quarter stretches from South William Street, to South Great George’s Street and is one of the best places in the city to relax, shop and soak up the true vibe of Dublin,” writes www.dublinvisitorcentre.ie. 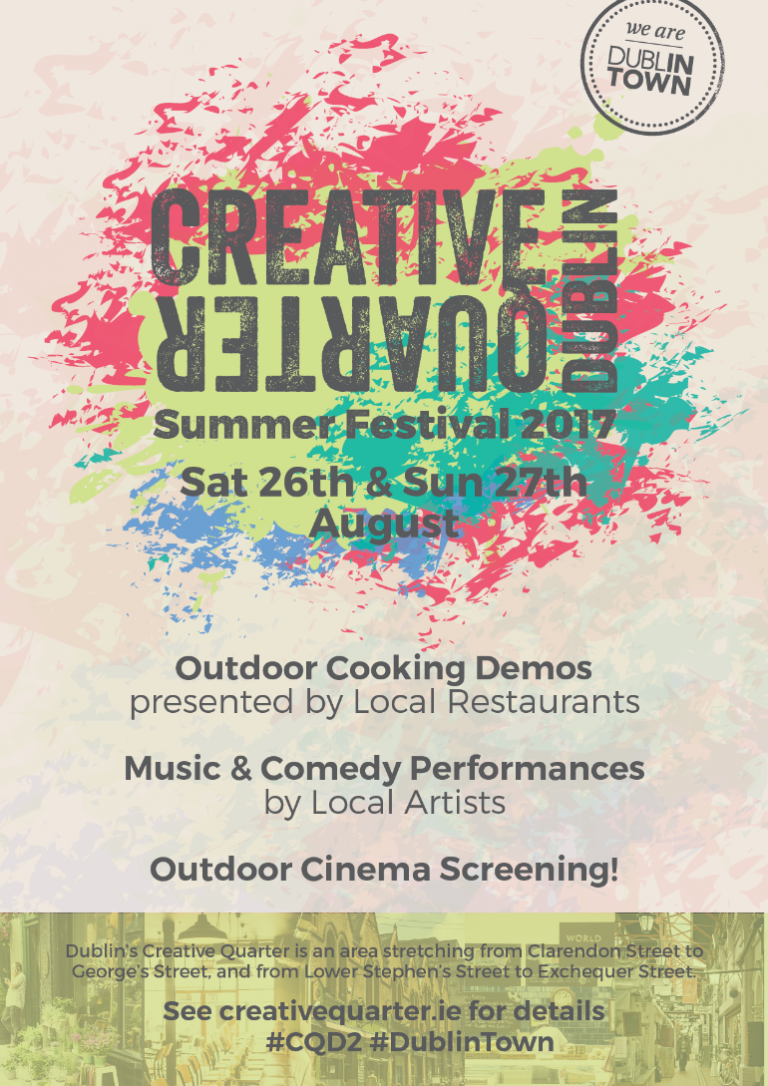 This summer, August 26th (1pm – 8pm) and August 27th (12pm – 6pm), in celebration of the Creative Quarter District, DublinTown and local businesses have come together to showcase the great services they provide through a FREE festival. the Creative Quarter Festival has a jam-packed line up of events with on-street cooking demonstrations, fashion shows, comedy, pop up stalls from local businesses and even an outdoor movie screening.

More one can read here. 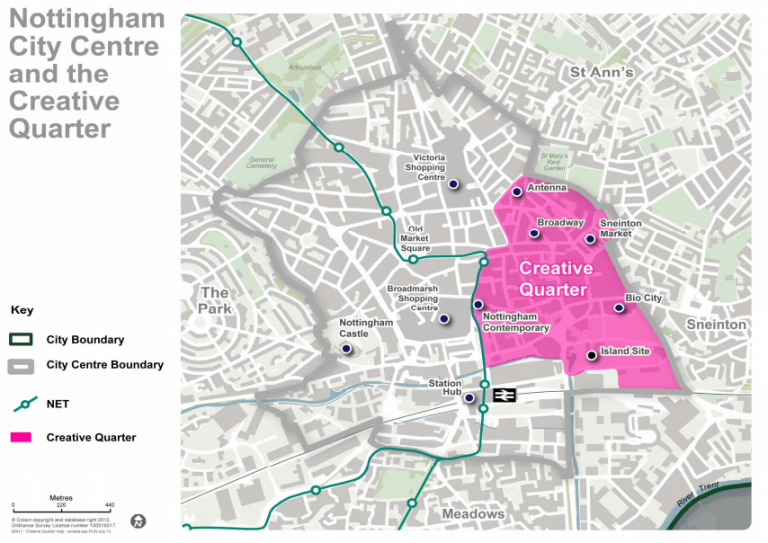 According to creativequarter.com, 10% of the UK’s best creative companies are in Nottingham’s Creative Quarter with App Institute, GameCity, Jeanie Finlay, Lockwood Publishing and Wellington Films listed in the Creative England 50 report (CE50).

CE50 celebrates the best companies and brightest creative talent leading the pack for creative industries across England and the 50 were chosen by a panel of industry experts and it includes a wide selection of the country’s best creatives: all the way from filmmakers and production companies to marketing software firms and independent games studios. 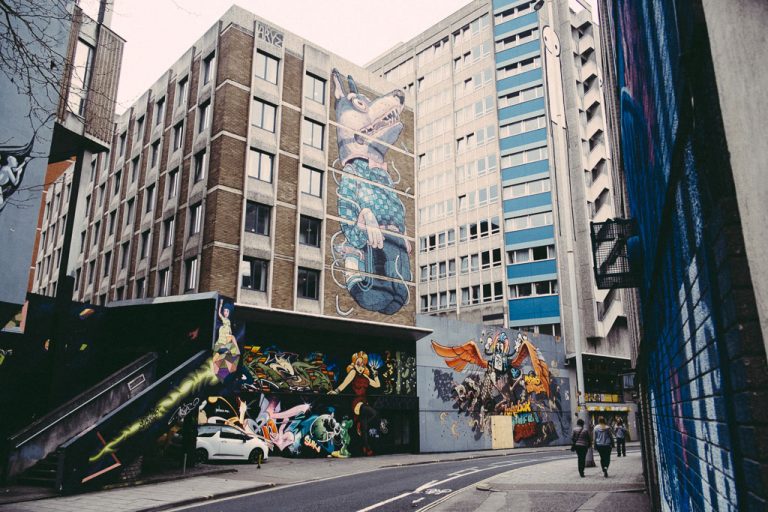 Moreover, Nottingham’s Creative Quarter (CQ), the unique enterprise hub leading the transformation of the city’s economy, won the Enterprising Britain Award for Improving the Business Environment in 2015. The Enterprising Britain Awards is known for recognizing organisations, businesses and agencies which are making Britain the best place in the world to set up a business and grow. The ‘Improving the Business Environment’ category is awarded to the organisation that in the past two years has gone furthest in enhancing the environment for business growth in their area.

The 2016 demographic figures show that Nottingham is an extremely youthful city; 28 per cent of Nottingham’s residents are aged between 18 and 29 – with full-time university students making up approximately one eighth of the total population. Nottingham is a vibrant and lively city with a diverse range of unique cultural attractions for residents and visitors to enjoy. These attractions include: Old Market Square, Sneinton Market, Nottingham Contemporary, Nottingham Castle, Albert Hall, Motorpoint Arena Nottingham, The Theatre Royal, Royal Concert Hall, Nottingham Playhouse and Broadway Cinema.

Looking into the future, Munich is set out to become one of the greatest creative quarters out there. Munich was declared an art metropolis already in the 19th century. Due to the city’s enormous growth, the demand for residential and commercial space on the few remaining urban surfaces is very great. Affordable surfaces for artists and cultural producers are scarce. 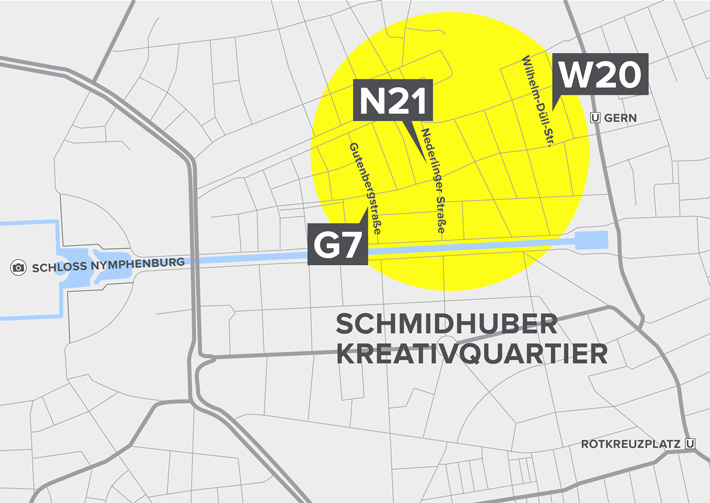 Munich is now developing a creative quarter, not only to maintain itself as a city of the arts, but also to reformulate itself as a creative city. This quarter will offer the free scene of contemporary art and actors in the creative industry space for development, production and presentation. A suitable piece of land for the purpose was found in a former military and industrial area. The 20 hectare area is located in the middle of the city. A lively residential area, the Olympia Park, the Munich University of Applied Sciences and the Goethe-Institut are located in the immediate vicinity. Buildings on this piece of land have long been enlivened through interim use by artists.